The Amy Winehouse Foundation launches today, on what would have been her 28th birthday. The charity has been set up by the singer's family to help young people, including those with addictions.

As fans say Happy Birthday Amy Winehouse, her family unveils a foundation in memory of the star, who died on July 23 this year.

“The Amy Winehouse Foundation is being set up in Amy's memory to support charitable activities in both the UK and abroad that provide help, support or care for young people, especially those who are in need by reason of ill health, disability, ?nancial disadvantage or addiction,” a statement from Mitch Winehouse said on the website.

Amy’s father said that his daughter had always loved children.

"I was in New York when I received the terrible news about Amy. It was almost instantaneous, this feeling that we need to help people she cared about," Mitch said.

"Amy was very generous and we kept coming back to the thought of how much she loved children.  It seemed appropriate that the focus of our work should be with young people, those who are vulnerable either through ill health or circumstance." 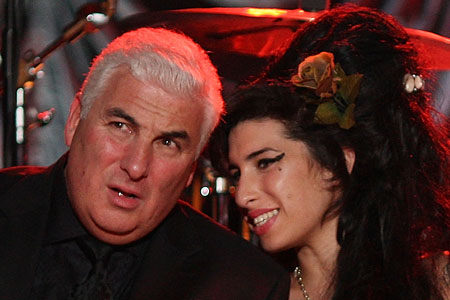 Amy Winehouse with her father, Mitch.

The singer’s mother Janis said: "We want to give money to projects that make a direct difference. It is a source of great comfort to know that Amy would be proud of this and right behind it."

The ?rst major donation to the foundation will come from sales of Winehouse’s Body & Soul, recorded with Tony Bennett.

According to Winehouse’s family, toxicology reports indicate there was alcohol in her bloodstream but it was unclear whether this had contributed to her death. She may have died from a seizure related to alcohol detoxification.

MAKE A DONATION TO THE AMY WINEHOUSE FOUNDATION

Mitch Winehouse has been appearing on a number of US chat shows to promote the new charity.

In an interview with the Associated Press, Mitch said that Amy had tired of taking drugs after she saw the position it put her family in. He said that he had often fought off dealers trying to supply his daughter.

“I spent my time fighting with drug dealers, and I mean proper fighting," he said. "And I'm a middle-aged man, who is overweight, having fistfights with people.”

Mitch, who used to be a singer himself, claims: "I never want to sing again, ever."