This Sunday, the Oscars take over Hollywood for its glittering back-slapping show. Peeking out from just beyond the red carpet, though, are The Golden Raspberry Awards, or Razzies, a sister event that celebrates Tinseltown’s cinematic crimes and will announce its nominations on Oscar’s eve.

Launched in 1980 by movie addict John Wilson, the Razzies have gone from strength to strength as a tongue-in-cheek night that mocks awards shows in general, as well as its star-studded cousin.

“Fresh out of film school, I was working for a company that made movie trailers. I saw 253 films that year and when you see that many you realise the odds are stacked in favour of the crap,” Wilson says when we catch up with him amid last-minute plans for this year’s ceremony.

Every year since, Wilson has dished out gongs for worst actor and actress, as well as introducing categories such as ‘worst screen couple’ and the Hollywood-primed ‘worst prequel, remake, rip-off or sequel’ prize. “The first awards were very silly, and they still are, but the opinions we express are valid,” he says. “We’ve never given an award to something no one other than us thought sucked.”

This year, the Razzies will be announcing its nominees on the night when, for close to the last thirty years, it has handed out its raspberry-bejazzled gongs. The ‘awards’ themselves will be handed out, fittingly, on April Fools day.

It’s been a bumper year for cine-trash and in keeping with the spirit of the Razzies, here’s our pick of the worst of the worst for the past 12 months. 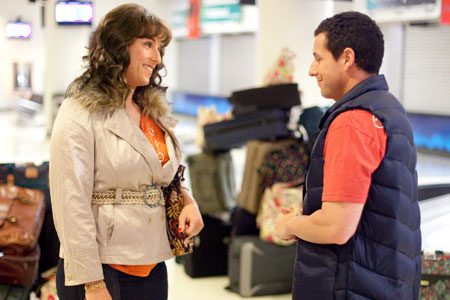 Worst offender
The no-longer-funny Sandler has his name as either a writer, actor, or actress in three possible worst picture contenders: Jack And Jill, Bucky Larson and Just Go With It. He’s in line to break Eddie Murphy’s Razzie record for the most nominations in any one year with the potential to get as many as 12 nods.

In Jack And Jill, Sandler dons a wig to get laughs from the cock-in-a-frock premise. The only problem is no one but him sees the funny side. Just Go With It, co-starring Jennifer Aniston, prompted one UK critic to say the film was “so dispiritingly awful cinema staff should make audiences remove their ties and shoelaces.”

And the Sandler-penned sex-comedy Bucky Larson: Born To Be A Star was so porly received in the US that it is yet to receive a theatrical release anywhere else in the world. The Razz is strong with this one.

The biggest waste of money
In addition to Transformers: Dark Of The Moon co-star Rosie Huntington-Whitely managing to look mechanical and inhuman in a film starring 30ft CG-created robots, this was an emblem of Hollywood’s empty excesses: big, dumb, misogynistic and emotionally bereft. Think of what could have been achieved had its £123m been spent elsewhere. 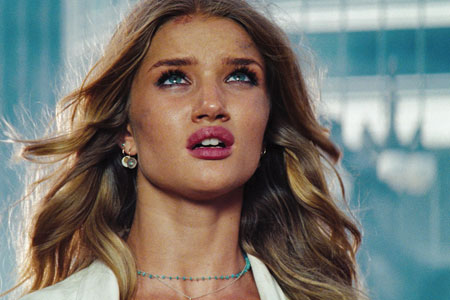 The Nic Cage award for being Nic Cage
Cage proved his skill at being angry while driving or riding things fast in both Ghost Rider – Spirit Of Vengeance and in the imaginatively titled Drive Angry, both 3D-CG heavy, both personality-devoid. We expect more from an Oscar winner. 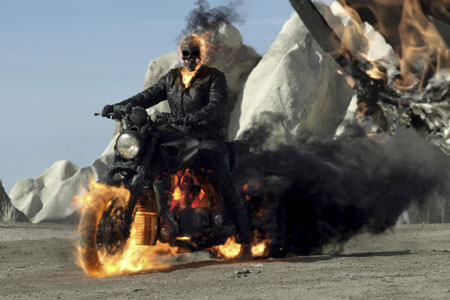 The upchuck inflictor
The Human Centipede II is in the running for the simple fact that director Tom Six thought the world really needed another movie about people whose mouths are sewn to other people’s arseholes. It didn’t. But Six decided to make a wriggling, poo-eating, multi-limbed abomination anyway. It was shit, literally.

For the sex-scared and braindead
Even though Kristen Stewart and K-Patz finally get it on in the latest of the neverending Twilight series – Breaking Dawn Part I, in case you had forgotten to care – this is still the most insipid, puzzlingly popular series of all time. Four films in and not enough story to fill one yet. That there’s a second Breaking Dawn looming does it no favours at all. 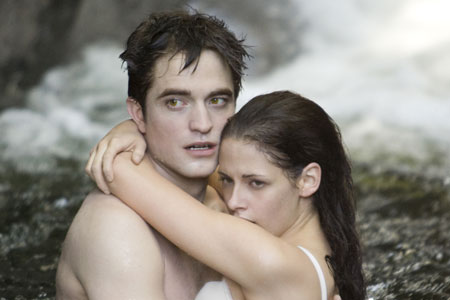 The worst-ever remake
Conan: The Barbarian is the most horrible popcorn movie of the last 10 years – a feckless attempt to breathe life back into a franchise that cinematically died with the 1984 Arnie sequel. This pile of crap manages to make the Austrian Oak look like a thespian god by comparison. 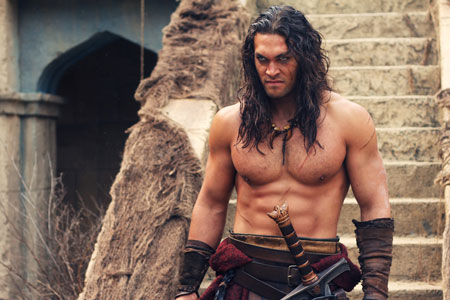 Just fuck off already!
Alvin And The Chipmunks: Chipwrecked. For nothing more than its squeaky-voiced attack on puns. Oh, and for the fact that someone thought that putting it in 3D would make this more acceptable. It didn’t.

While most celebrities fail to share the joke of the Razzies – “it has been made clear over the years that Sylvester Stallone, who’s been nominated 30 times and won 10 times, doesn’t think we’re funny at all, though there was a time in his career where it seemed like he was daring us,” Wilson says – many in recent years have opted to collect their gongs in person, rather than scowling from the shadows.

Halle Berry rocked up in 2004 to thank “Warner Bros for putting me in this piece of shit, godawful movie”, Catwoman. Sandra Bullock followed suit in 2009, collecting her worst actress gong for All About Steve, demonstrating the humility and humour that helped her pick up the best actress award for The Blind Side at the same year’s Oscars.

It remains to be seen, though, whether front-runner Sandler has the sense of humour to collect, should he win,
his Razzies in person. ❚

AND THE OSCAR GOES TO…

Who deserves to win, and who most likely will win, the golden baldies at this year’s Academy Awards, held on Sunday Feb 26. 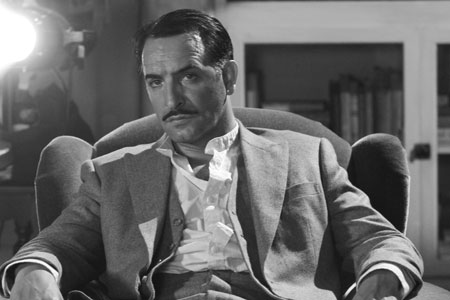 Best Film
Who should win: The Artist (above). A silent, black-and-white film that has taken the world by storm – critically, if not commercially
– this homage to Hollywood’s golden years deserves all its plaudits.
Who will win: After cleaning up at the BAFTAs – director, film and actor – it’s The Artist all the way.

Best Director
Who should win: Alexander Payne for The Descendants, a funny, well observed, George Clooney-starring and beautifully performed family drama.
Who will win: With this much momentum, it’s hard not to see The Artist helmer Michel Hazanavicius scoring this one – his film celebrates those doing the voting after all.

Best Actor
Who should win: Gary Oldman for Tinker, Tailor, Soldier, Spy, a subtle, nuanced and disarming performance that doesn’t resort to grandstanding acting showpieces to sell itself.
Who will win: George Clooney as a workaholic father in The Descendants, displaying both emotion and well-timed humour
in a powerful performance.

Best Actress
Who should win: Meryl Streep for The Iron Lady, which balances finely-observed mimicry with behind-the-public-persona emotional truths, to great effect.
Who will win: Streep’s as much a shoo-in for this as there has even been.

Best Original Screenplay
Who should win: Annie Mumolo and Kristen Wiig for Bridesmaids, funny, relatable and heart-warming.
Who will win: Woody Allen, for ‘back-to-form’ Midnight in Paris.