Anzac brothers in arms: Australians and New Zealanders honour fallen soliders in London and around the world

Dawn services and ceremonies in Europe followed yesterday’s Anzac celebrations Down Under which were attended in huge numbers.

While the date marks the 98th anniversary of the landing of Aussie and Kiwi troops on the ill-fated shores of Gallipoli, all service men and women to have served their nations and others are remembered.

As the toasting to fallen soldiers and two-up wound up in the southern hemisphere, a large crowd gathered in London’s Hyde Park for a Dawn Service, attended by Oppposition foreign affairs spokeswoman Julie Bishop and addressed by High Commissioner Mike Rann.

At the Australian War Memorial Rann said the day is held in “honour a special relationship between Australia and New Zealand forged in mud and blood”.

“In each of us saying our quiet and humble thank you, we mark the everlasting companionship between the living and the dead – a handshake across the void,” he poetically offered.

A wreath-laying ceremony followed at the opposite New Zealand War Memorial. 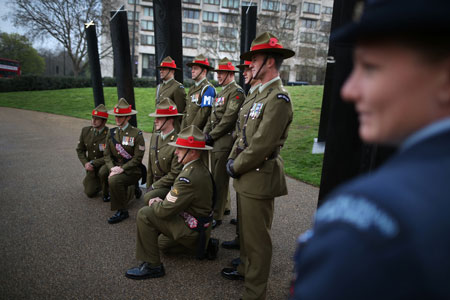 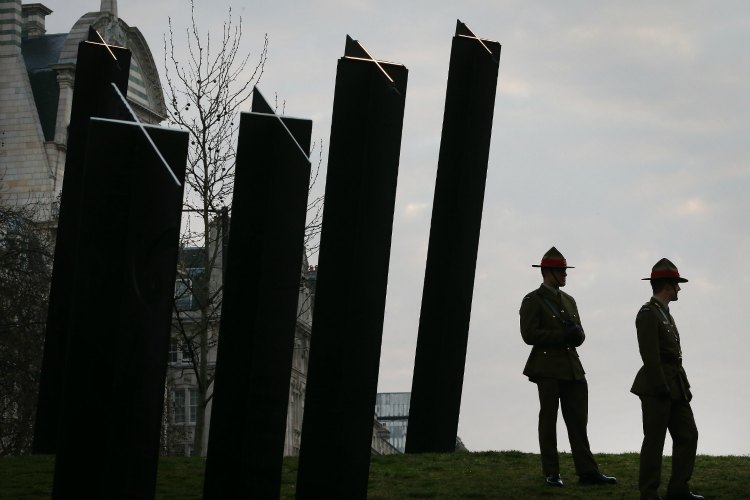 A wreath-laying parade and ceremony at the Cenotaph on Whitehall is planned for 11am while an hour-long memorial service will be held at Westminster Abbey at midday.

The traditional dawn service at Anzac Cove in Gallipoli was interrupted by a protester, a man who shouted in Turkish following an address from Australian Veterans Affairs Minister Warren Snowden.

The man reportedly showed Turkish police an Australian passport when he was arrested and questioned.

While the attendees were down on the pilgrimage to Gallipoli, with about 5200 there, it’s believed the area will be overwhelmed for the 100th anniversary in 2015, where tickets will be balloted to restrict numbers to 10,500. 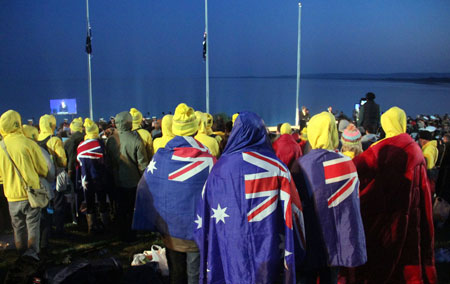 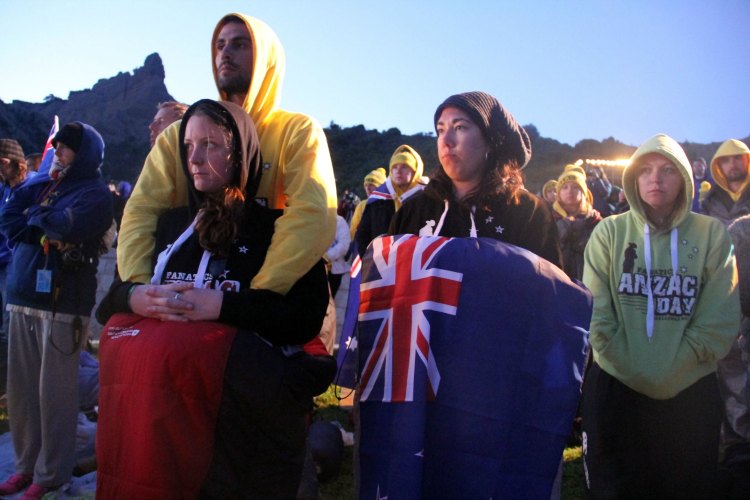 Those huge numbers are said to be the reason plans for a one-off Anzac rugby league match – with a super side combining Australia and New Zealand taking on a Great Britain side in Istanbul – were quashed by the Turkish government.

Australian Prime Minister Julia Gillard said the day would have been “incredibly special” for soldiers taking part in what will be the last Anzac Day service at Tarin Kowt, Afghanistan, before soldiers are withdrawn.

“It would have been an incredibly special day today as a time to reflect on what’s been achieved … and to think about what the future will bring,” Ms Gillard told Fairfax Radio.

The Anzac legend lives on in France, where Foreign Minister Bob Carr spoke at a service at Villers-Brettoneux.

“All of us linked across the world by the same duty to honour and remember, and by the same sense of the loss and waste of war,” he said. 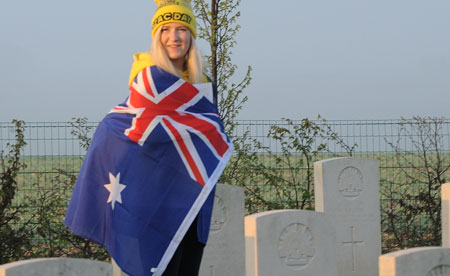 The costs to Australian and New Zealand were greater than any other nations in World War One. With 38.7 percent of the 18-44 male population of Australia and 42 per cent of New Zealand men serving with a  casualty rate of 65 percent.

“You have fought in France as though this country was your own,” he told the service.

“Today we welcome you here as our brothers.”