One minute you’re nonchalantly looking up at that platform, telling everyone how much you’re looking forward to the leap. The next minute you’re right up there on the edge, fingers being prised from the instructor’s jacket as you weep uncontrollably like it’s your first day at school. Not so cool now, huh?

If you do steel yourself enough to jump, though, there’s nothing like it. You’re actually flying for Pete’s sake and, if you choose right, doing it over one of the planet’s most scenic sights. 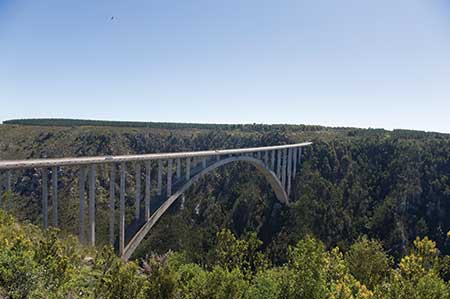 In the heart of South Africa in the Western Cape’s Nature’s Valley, the Bloukrans Bridge Bungee is the world’s highest commercial bungee bridge at a shriek-worthy 216m high.

There’s no wimping out here though, everyone from Prince Harry to Jack Osbourne has had a go. So has a chap called Mohr Keet, who set the Guinness World Record in 2010 for the oldest person to bungee jump when he leapt from the bridge at the grand age of 96.

Think that’s impressive? Bloukrans is also the site of the record for most bungee jumps done in a day: Scott Huntley threw himself into the sky 107 times in nine hours in 2011.

So with all that to contend with, there’s not much of an option to bottle it once you’re up there, if you’re just doing one easy-peasy little jump.

Instead you can try and soothe yourself with the tremendous views and the dramatic scenery of the Bloukrans River below, the Garden Route’s gorge, mountains and sea in the distance.

If you’re not quite brave enough for a bungee jump there are plenty of equally fun, but less boast-worthy, jumps and swings to try out, including the 200m Flying Fox cable slide. It’s also possible to do a bridge walk, either to support your mates who are jumping, or enjoy the view from the secure walkway, which is suspended below the main road. 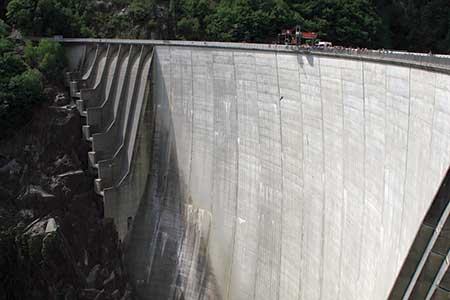 If you fancy trying your hand at being 007 for a day, then take a trip to the Verzasca Dam in Ticino, Switzerland. Remember the opening scene of GoldenEye? That was filmed right here and when it came out in 1995 was the largest bungee jump ever performed. It wasn’t Pierce Brosnan who actually took the leap, though, it was stuntman Wayne Michaels who took on the 220m drop.

Prices start at £181pp and nighttime jumps are available.
trekking.ch 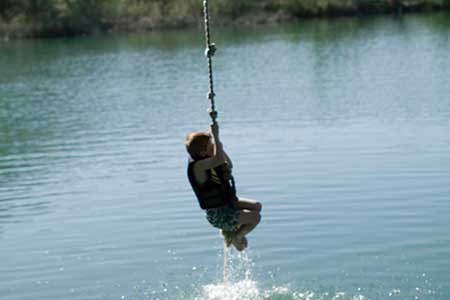 Got a head for heights? Wild for water? Then check out the ‘Goliath’, with Great Canadian Bungee.The only site on the continent that allows you to freefall far enough to have a clear spring-fed lagoon waiting to refresh you (it’s a completely alligator-free dunk, promise), the 60m jump takes place in a dramatic limestone quarry, so be prepared to hear your terrified screams reverberating off the rock faces. 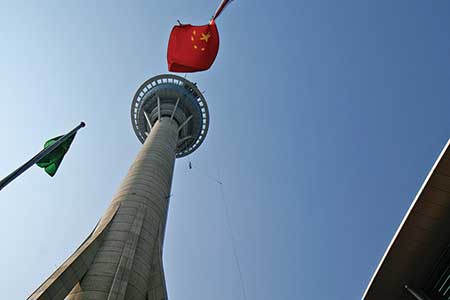 This epic drop is the highest commercial bungee in the world. And you’re surrounded by concrete. Gulp. Plummeting off the Macau Tower, you’ll fall 233m metres right into the city (if you keep your eyes open, you’ll be able to see mainland China as you jump).

A special technology has been used so the jump is straighter and closer to the building, which means you’ll feel like you’re falling much faster as the wind rushes between you and the walls. 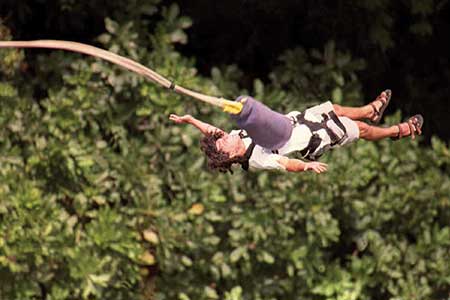 Tropical bungee. It sounds … almost relaxing, doesn’t it? Just about like you should bring a frothy piña colada along for the ride.

You’ll take your dive off the top of the Colorado River Bridge and fly 80m down to a beautifully lush Costa Rican rainforest canopy. Enjoyed yourself? If you head back up again for another leap, you receive a membership card to Tropical Bungee’s Addict Club, and get discounts in the future if you bring mates along.

Julia Gillard: ‘It will be easier for the next woman, and next one, and the one after that’