So pack your sleeping bag, follow this guide and head out for Gallipoli to discover the delights of this pine-clad peninsula, then join in the popular all-night vigil under the stars, and end your tour scuffing your toes in the turf where those brave Anzacs laid down their lives.

What is Anzac Day?

If you were schooled in New Zealand or Australia and don’t know what Anzac Day is, you should hang your head in shame. Ah, who are we kidding? We spent our history lessons throwing gobbed-up bits of paper into the teacher’s hair every time she faced the blackboard (for which we are not proud).

Anyway, we’ve done our research since then and can tell you that Anzac is an acronym for Australian and New Zealand Army Corps and Anzac Day commemorates the fateful April 25, 1915, when soldiers from both countries were boated in across the Dardanelles to capture the Gallipoli peninsula in Turkey on orders from England.

As in many other WWI conflicts, a major botch up at Allied High Command meant that, instead of being sent in via the fairly easy slope of Brighton beach, the Anzacs were landed in a cove where they had to scale a steep and rugged hillside at dawn, surrounded by what one soldier described as “shrapnel bullets striking the water with a noise like the popping of corks when drawn from champagne bottles”.Amazingly, the Anzacs conquered the cove and clung to that scrubby two-kilometre-long plot of land for more than eight months, but 8709 Australian and 2721 New Zealand soldiers lost their lives during these events that were later known asThe Gallipoli Campaign.

Afterwards the word Anzac became so popular in Australia and New Zealand that people used it to name everything from their new company to their cute kitten, until 1916 when the Commonwealth government stepped in and voted a law that would control the use of the legendary name.

What happens on an Anzac tour?

You can co-ordinate your trip with a visit to Turkey’s capital,Istanbul, as most operators offer one- or two-day tours with pick-ups from the city. Stock up on evil eye charms and the bus that will take you to Eceabat. Here you have lunch –and get what might be your first experience of those hole-in-the-floor Turkish toilets – before crossing the Dardanelles to the Gallipoli peninsula.

Arriving at Anzac cove late evening you’ll prepare for the night’s vigil – bring a sleeping bag and plenty of warm clothes because it gets cold up in them there hills, but dress in layers so you can sling them off again on the long slog up to Pine Hill. 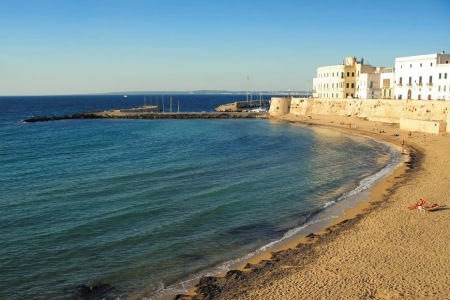 Everyone’s crammed together on a grassy strip of land like sardines, but that’s all part of the fun. In contrast to the night, when bands play period music and historical videos are shown on a big screen, the three minutes silence before the service in the morning will make the hair on the back of your neck prickle.

“The waking at dawn followed by three minutes of silence before the service is very moving,” says Ahmet Kohman,whose company Cyptur Holidays offers day-and week-long Anzac tours. “It allows visitors to honour the spirits of their fallen ancestors at Anzac Cove.”

When the moving service is over you’ll slog several kilometres up a very steep dirt track (marvelling how the Anzacs managed to do it under fire and carrying heavy packs) until you reach Lone Pine Memorial where another service is held for Aussies, then onto Chunuk Bair where the Kiwi service is held. And remember, 2015 is the 100th anniversary of this famous battle, so events this year and next are going to be huge.

Exploring the rest of Gallipoli

Not to be confused with the port of Gallipoli in Italy, Turkey’s narrow, 50km-long Gallipoli peninsula at the entrance of the Dardanelles is named after the town of Gelibolu. If you’re a real battle beaver you can visit all the other WWI sites dotted around the peninsula, but its worth checking out other attractions of this lovely sea-view spot studded with pinetrees and olive groves.

Right at the tip of the peninsula you’ll find Kilitbahir Castle, a sturdy 15th-century fortress with amazing views over the Dardanelles to Canakkale, built for Sultan MehmetII – look out for the bronze, muscled statue of Seyit, a local timber cutter renowned for his amazing strength.

Eceabat has a handful of waterfront taverns where you can enjoy a snack, before crossing to Canakkale just opposite and taking the hour’s bus ride to Ancient Troy where you can see the reconstructed ruins of the legendary city – complete with that trouble-making wooden horse. When you head back to Canakkale later in the day you can walk along the waterfront and have your photo taken next to a model of the Trojan horse that starred in the film alongside Brad Pitt (although his acting was a little wooden – boom boom tish).

Most of all, though, you want to take this trip to pay yourrespects and have an adventure in the footsteps of yourancestors. Do ’em proud. 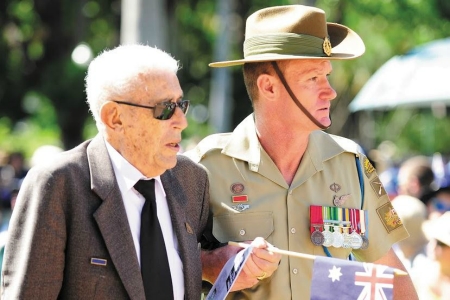 Surf Maroc a retreat in Tagahzout