The Apprentice 2011 is back tonight for its seventh season, this time with a new prize incentive to keep contestants at their bitchy best.

This year’s Apprentice will, as usual, follow 16 hopefuls as they vie for Alan Sugar’s approval via a series of entrepreneurial tasks.

However Apprentice 2011 sees the old prize of a £100,000 job at one of Sugar’s businesses replaced by a £250,000 investment with which the winner can start their own company (half of which will be owned by Sugar).

Apprentice 2011 kicks off with Alan Sugar telling contestants in his trademark charming manner: “I’m not St Alan, the patron saint of b***** losers.”

From there, the battle of wits and egos commences as teams of (sometimes misguidedly) self-assured business wannabes compete.

Tonight’s Apprentice will see team’s attempt to sell fruit. Expect tears and tantrums as a juicer breaks down and the boys’ team is left to squeeze oranges by hand. 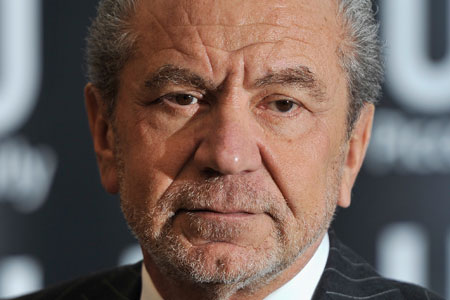 So who are The Apprentice 2011 candidates?

Leon Doyle, 26, a former paper-boy and lorry driver, describes himself as “charming, genuine and honest”.

Melody Hossaini, 26, has won the ‘Woman of the Future’ award for her voluntary work. She speaks five languages.

Felicity Jackson, 23, has a company specialising in career development for actors. She reckons she’s “very chatty”.

Edna Agbarha, 36, began her career working as a teenager on her uncle’s Covent Garden market and is now a Business Psychologist and coach.

Ellie Reed, 33, runs her own business and once chased a burglar out of her house. Claims to have a “dark side”.

Helen Louise Milligan, 30, likes swimming and reading. She’s Executive Assistant to the CEO of a bakery.

Vincent Disneur, 29, is a sales manager and believes he has an “unprecedented amount of business acumen”.

Jim Eastwood, 32, was All Ireland cycling champion as a teenager. He’s a sales and marketing manager.

Edward Hunter, 25, is an accountant. “I’m the wheeler dealer who accidentally became a finance professional,” he says.

Gavin Winstanley, 27, isn’t bashful, claiming: I’ve done it all, I’ve been the best at everything I’ve ever done.” He’s the managing director of an opticians.

Tom Pellereau, 31, is an inventor who succeeded in taking a prototype made in his kitchen to the shelves of two leading pharmacy outlets in the UK.

Zoe Beresford, 26, won a prize for getting the highest dissertation mark in her engineering school. She works for her family’s business.

The Apprentice Series 7 premieres Tuesday 10 May, 9pm on BBC One.

Other traveller reviews on Zimbabwe