Travel chaos is again being caused by volcanic ash with many airports in the UK closed and facing disruption to normal traffic.

Heathrow and Gatwick airports re-opened at 7am this morning despite the ash cloud from Icelandic volcano, Eyjafjallakull, affecting British air space again.

Yesterday, the ash cloud
caused chaos around the country once more and most airports were
affected. The no-fly zone will be reviewed by air traffic authority Nats later this afternoon but there is expected to be continued disruption across the UK and Europe.

Today will see reduced take-offs and departures from Heathrow and no
arrivals at Gatwick until 1pm at the earliest. Flights are grounded
until lunchtime across Northern Ireland and most of Scotland and Wales.

Stansted, Luton and East Midlands airports said they were
operational, but all were urging passengers to contact their airlines
before setting off.

Airports all over the country were hit by the no-fly zone yesterday, with many closed by the Civil Aviation Authority.

Furious Virgin Atlantic boss, Sir Richard Branson
said: “All the test flights by airlines, aircraft and engine
manufacturers have shown no evidence that airlines could not continue
to fly completely safely.”

Forecasters are predicting a change in the north-westerly wind
direction today, which should blow the “high density” ash cloud from
the volcano away from Britain on Tuesday.

However, travellers could experience a double-whammy as British Airways is facing a five-day cabin crew strike starting tomorrow, despite talks being underway to avert it.

And if you still can’t pronounce Eyjafjallakull, watch this video! 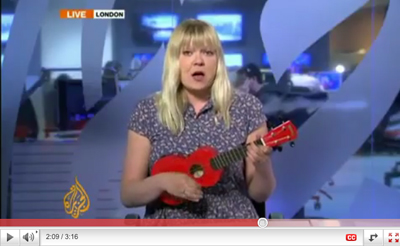 Get more information before you travel to the airport:

British Tourism Board advises Brits on how to deal with Australians