The young Yorkshireman’s exercise in concentration and discipline after starting the day on 18 was a sight not seen in the series yet, certainly not from the Aussies, as England gave Michael Clarke’s side the ultimate noogie.

Preferring to bat on instead of making the Aussies follow-on, Alastair Cook has condemned the Australians to bat on a drying, increasingly unpredictable wicket, and chase down an impossible figure of at least 566. 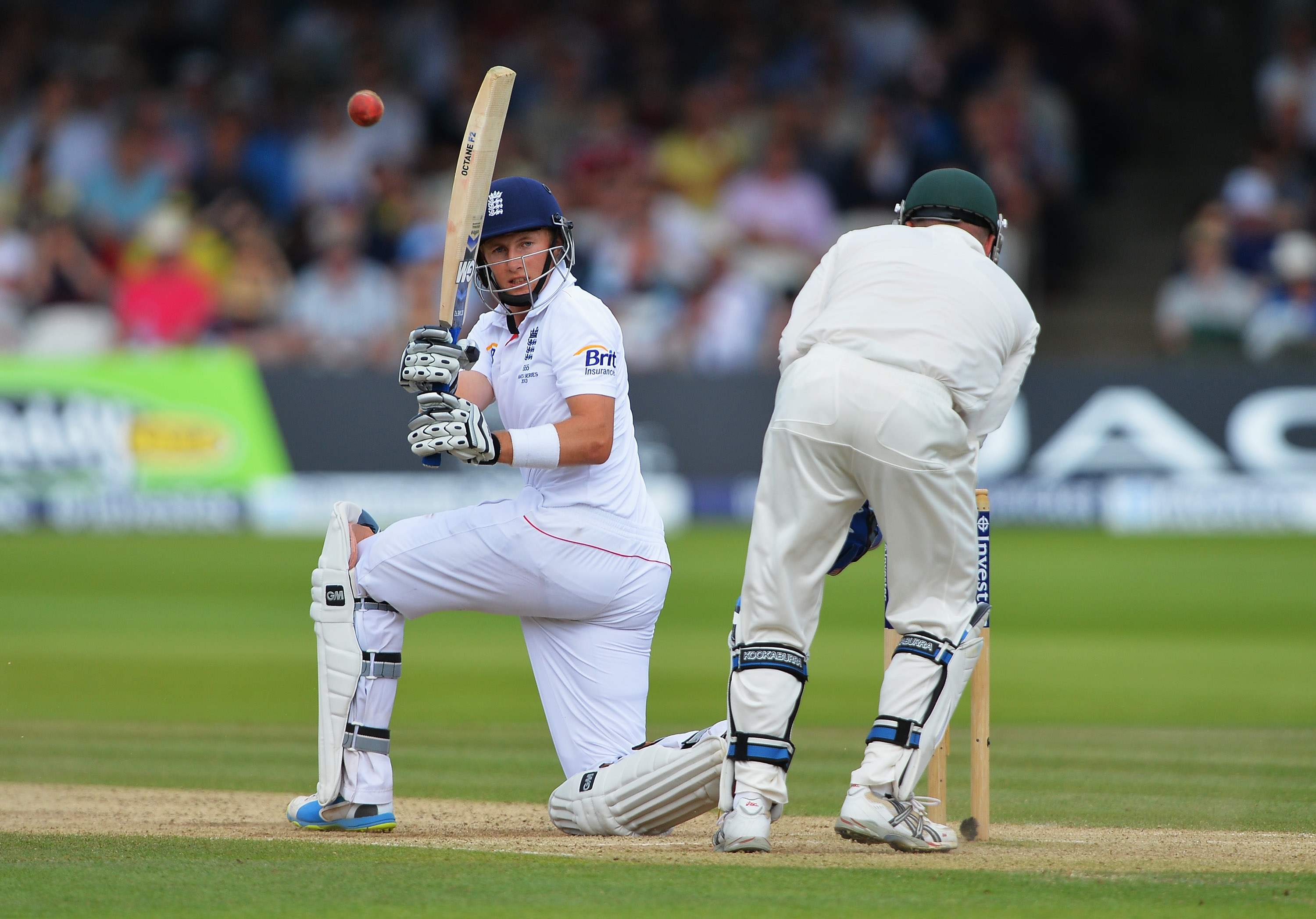 Survival and rain dances will be the order of the day for Australia, but with Root’s innings, and what seemed like a cameo from Ian Bell (78 from 103 balls), England showed Australia you can bat on this baked Lord’s deck.

Root reached his hundred in 247 balls with a cut shot from a loose Ashton Agar delivery and marked it with jubilation, helmet off, a kiss of the badge and both arms raised.

Even sweeter may have been soon after when his brother Billy, part of the 12th man team, brought out new gloves and gave his brother a little hug to mark his first century at Lord’s and as an opener, and second overall in Tests.

Root went on with it then, needing just 64 more balls to reach his 150, punishing loose Aussie bowling. In one over, he smashed Smith’s leggies for 18 including two sixes and a reverse sweep precisely where first slip was standing the ball before. 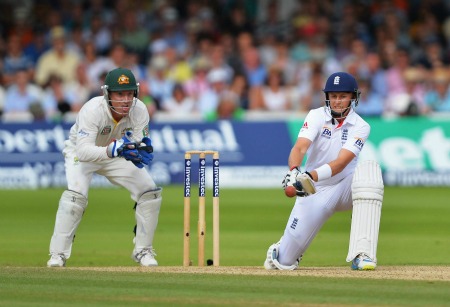 While the only major chance given by Root was an edge through slips that Brad Haddin and Michael Clarke didn’t touch, Bell was out on 3 caught by Steven Smith in the cordon from the bowling of Ryan Harris.

But when the catch was reviewed by the video umpire Tony Hill it was given not out, much to the befuddlement of BBC and Sky Sports commentators. 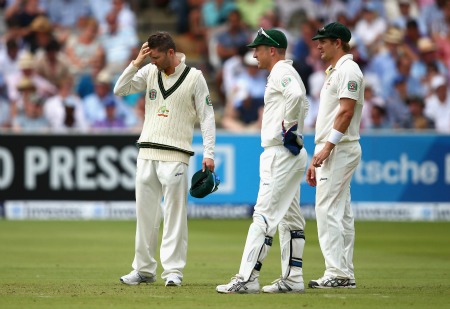 Australia has bowled 25 overs more than necessary with the old ball, deciding against taking a new one perhaps for fear of bowling England out and having to bat for more than two days.

Cook’s men – now with Bairstow on 11 not out with Root – were happy to continue the punishment to finish the day 5-333.

Making the day’s performance even more impressive for England and heartbreaking for Australia is looking back to the start of the day the hosts were 3-31 after a barrage from Peter Siddle the night before.

In contrast, the Aussie bowlers toiled today with James Pattinson claiming one wicket and Steven Smith taking Ian Bell out of the action with a half-tracker.

The best performer of the day for the tourists would have to be Chris Rogers, who took his third catch for the innings.

Australia will now expect England to have a dash in the morning, perhaps giving Root and chance to score his first Test double-century, before sending them in for a marathon innings to save the match.

Geoff Boycott on the BBC believes it will be Rogers and Shane Watson facing the first balls tomorrow morning.

“I think England will declare, there is no reason to bat any longer,” he said. “If Australia were capable of getting those runs, they deserve it. However, they haven’t got a cat in hell’s chance. You shouldn’t bat on just to let a player get his 200.”