It wouldn’t have been a bad one to lose given the overhead conditions at Chester le Street: It was overcast and sticky, perfect weather for swing bowling.

Cook will have come out to face the new ball acutely aware of his paucity of runs in the series so far.

Both Cook and fellow opener Joe Root set the tone for the session early-on. They blocked and left where possible. It took until the 12 over before the first boundary came, going to Root.

The Yorkshire youngster notching 16 in 52 balls, and looked to be settling into his innings, when he edged Shane Watson to Grant Haddin. 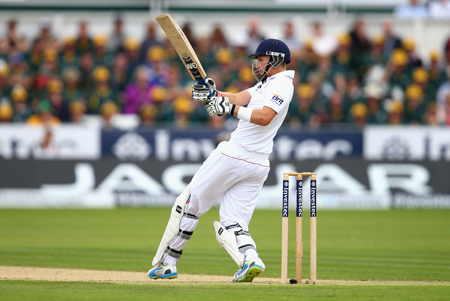 Umpire Tony Hill was unmoved despite the Aussie’s celebrations. The review from Michael Clarke was instant and evidence was conclusive. Hot spot showed a mark, the stump mic recording was almost deafening and the slow mo showed an obvious deviation.

Indeed, it was difficult to see how Hill hadn’t given it.

It comes to something when the grinder extraordinaire Jonathan Trott makes your batting look expansive but the South-African born Englishman fairly raced to 10 off a mere 21 balls, while Cook managed to notch 21 off 88. 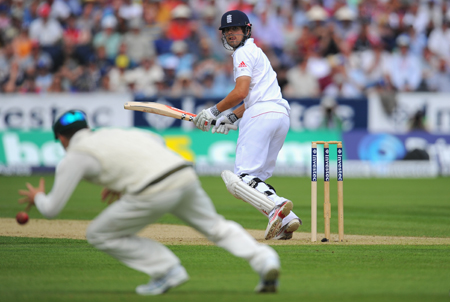 Australia will be frustrated that they hadn’t managed to remove a few more of England’s top order who look tentative in the extreme.

Mysteriously Peter Siddle wasn’t thrown the ball until very late in session, but Ryan Harris’s heavy follow-through appears to be already developing some foot holes that will please Nathan Lyon.

YOUR SPORTS WEEKEND IN A FLASH: All the results that matter in one click (Week ending Apr 27)

Essentials That Will Help Your Business Growth in 2019