Michael Clarke declared with Smith unbeaten on 138 and with 492-9 on the board, asking England openers Alastair Cook and Joe Root to deal with a tricky period late in the day.

England survived without loss and 32 runs on the board when the umpires decided the lights one-day matches get played under aren’t good enough for Peter Siddle to finish his over in.

Rain meant there was no first session and an early lunch, so with Australia on top the English resorted to the slow bowling rate to take as much out of the game as they could.

Smith, 24, will dominate the 20 second highlights reel back home, with his crushing six straight over bowler Johnathan Trott’s head bringing up his first Test hundred. 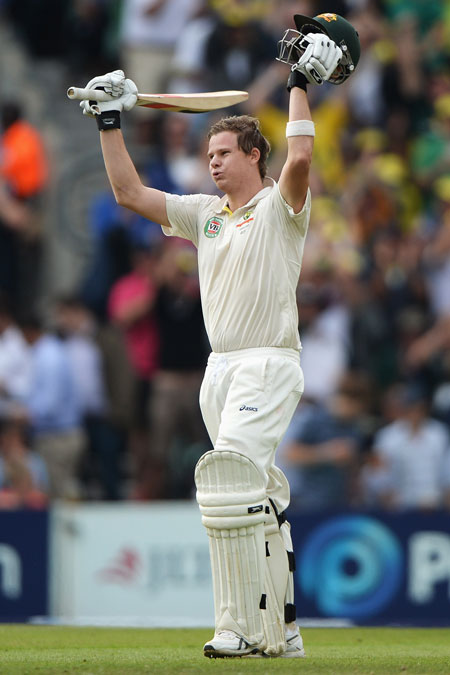 Much maligned for his lack of textbook style, Smith’s performance followed the 176 from Shane Watson, another player under pressure this series.

Trott was embarrassed by Smith, but snagged Haddin (30) chopping onto his stumps after a partnership of 65

This brought James Faulkner to the middle for the first time in his debut Test. 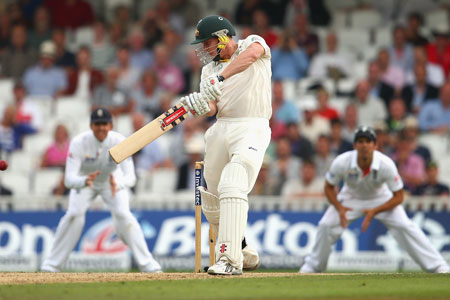 His innings was an unselfish one, as he chased quick pre-declaration runs, scoring 23 from 21 balls and took particular liking to the dangerous Stuart Broad.

He gifted Chris Woakes his first Test wicket, holing out to Trott at deep backward square.

Mitchell Starc was bowled for by Graeme Swann after putting together a handy 13, before Ryan Harris came out to take on the gifted spinner, sending him into the crowd twice on his way to 33 from 27 balls. 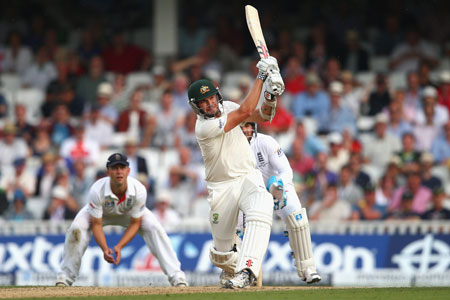 With his wicket came the declaration, just shy of 500 runs.

Australia couldn’t manage to get that handy breakthrough before stumps though, and the umpires decided they’d had enough for the day after 17.3 overs.

Tahiti on a budget: How to visit the famous South Pacific luxury island destination on the cheap