Ashes 2013: Clarke hails everyone after a cracking first test, with the only disappointment the result

“I think the boys can certainly hold their heads high. It was a wonderful game of cricket,” said Clarke, with few fans or players willing to argue.

“Credit to England, though. England fought really hard throughout the five days and I think the two best performers of the Test match were Ian Bell getting a hundred and Jimmy Anderson getting a five-for in both innings, so they deserved to win.

Bell scored the only century of the game, with the next closest performance with the bat the 98 from the Aussie first innings’ number 11 Ashton Agar. 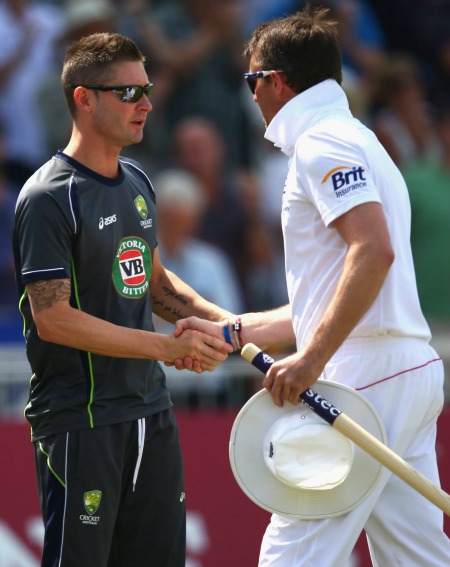 Anderson took 10 wickets for the match, including the last of the match, a tickle to Matt Prior which needed the video umpire and Hotspot to find.

“I think everybody, both players and fans of the game, have enjoyed these five days. We would have loved to have won, there is no doubt about it, but we will get another crack in four days so we will look forward to that.”

Brad Haddin’s innings, importantly part of the last wicket partnership of 65 runs, highlighted the value of experience  among Australia’s youth.

“I have said for a long time that all good teams have a good mix of youth and experience and throughout our squad we have got that,” Clarke said. “Brad showed that today and he played really well.”