Clarke came out after the break and defended well against Joe Root,, who was brought into the attack in a bid to break things up.

However, it wasn’t plain sailing for the Aussie batsman. Steve Smith escaped an absolutely plumb lbw decision, evening out the day’s shockers, after Khawaja was given out unfairly. 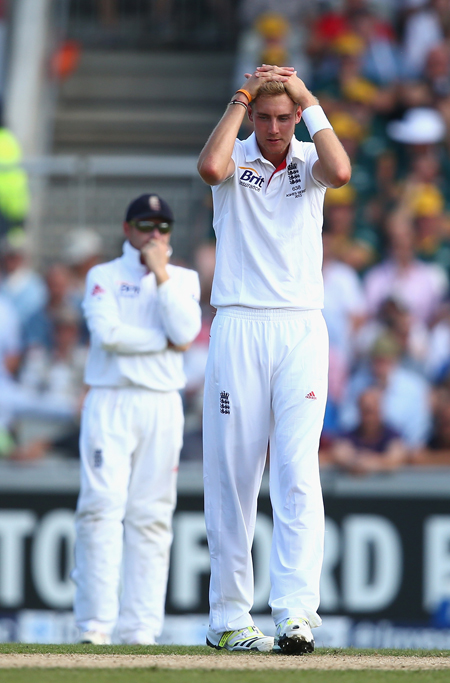 Smith was rapped on the knee roll bang in front, but somehow Tony Hill was unmoved. England had no reviews left. Hawkeye showed that, like everyone in the ground has sensed, the ball was going on to hit middle stump halfway up.

It was a baffling decision, but not one that could be blamed on the man upstairs for a change. It was a lifeline that Smith was happy to take as he went on to snaffle his 50, but not before Clarke claimed his and Australia’s first 100 of the series.

After a tense, dogged 50, Clarke showed the form that has made him one of the most feared batsman in world cricket with a knock of pure class. 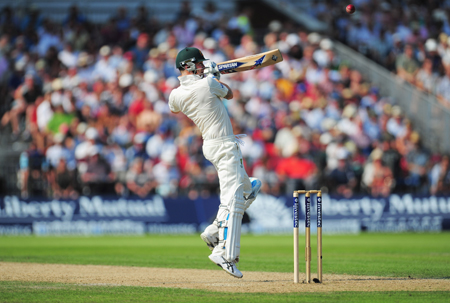 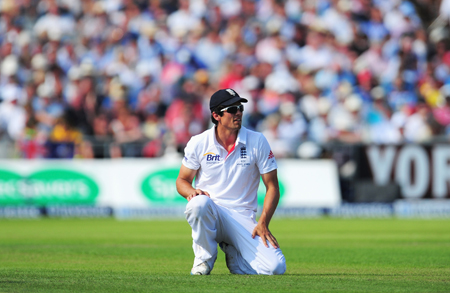 Australia closed the day on 303-3 with Smith and Clarke bringing up the record for the fourth wicket partnership at Old Trafford in a Test.

England took the new ball as soon as it was available 10 overs from stumps, but to no avail, and will face sanctions for having not reached their allotted overs for the day.

England looked shattered after a day’s toil in the field that reminded the viewer of those years of Australian dominance in the Nineties and early Noughties.

It’s hard to imagine Australia notching much less than a 450 from their current position, with par on the Old Trafford wicket around 300-350.

Clarke showed his mettle when his country needed him, and should Smith or Clarke fall early-on tomorrow to the still fairly new ball, they Australia have opener David Warner to come.