Clarke went just as England appeared to be running out of ideas to a rising ball from Stuart Broad that earned the England bowling all-rounder his 200th Test wicket. 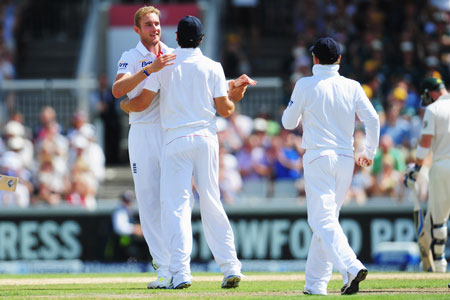 It took nothing away from the captain’s knock that had put Australia in pole position and with the luxury of considering a declaration some time after tea.

Leaving Brad Haddin to bat with the tail, Peter Siddle made sure he’d be well rested for a bowl this afternoon, going for a slog against Graeme Swann to be bowled for 1. 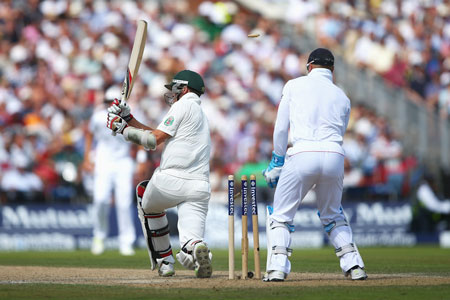 That gave Swann his fifth for the innings and his 17th Test five-wicket haul.

Siddle’s lash paved the way for Mitchell Starc, who was chosen ahead of Jackson Bird for this match, and he’s taken the free rein to score some quick runs with open shoulders.

His first ball from Swann went flying to mid-wicket’s fence, and he’s gone on with it to be 54 not out, almost catching Haddin’s 57 not out. 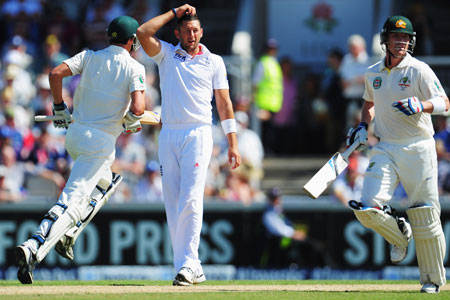 The above average tailender may have even been trying to sabotage his partner, smashing one drive straight into the keeper’s unmentionables in a fierce over.

All four of England’s frontline bowlers have gone for a century of runs, with Anderson the only bowler to be wicketless after 142 long overs.