‘My life is on hold’: Kiwi dad-of-two told he faces deportation after working in the UK for 9 years

He’d been living and working in the capital since coming over from New Zealand in 2004, paying taxes and setting up home with his now wife Michaela. He thought that with his history, a decent job and two young kids – it was in the bag.

Watkins first got in touch with TNT in February, when we launched our UK Border Agency Balls-Up campaign, calling on the Home Office to implement changes to its shambolic in-country visa services (see box on the right). Six months later, his case has still not been resolved – and he’s now being told to leave the country, meaning leaving behind his wife, kids and the life he’s spent nine years building.

Watkins’ nightmare first started when his application for naturalisation for indefinite leave to remain was refused in November 2012 – just as his current visa expired. He’d been advised to apply for that particular visa by the Home Office, and sought guidance from the UKBA website, which backed up what Watkins, 36, had been told. One month later, UKBA said he’d applied for the wrong one – costing him £991. Despite appealing, the government department said it was sticking by its decision.

“I felt like I was being held to ransom,” Watkins says. “Like I’m just a box the UKBA has to tick to reduce immigration and that they’re not giving me a fair hearing.” 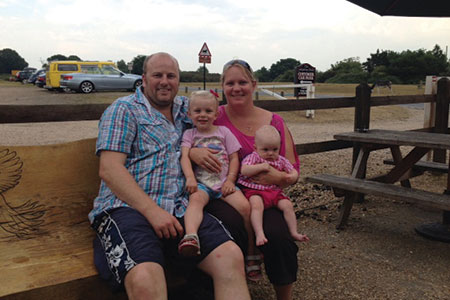 ‘A nightmare’: Brendon with Michaela and their two children

Determined to stay in South Ealing, where he’s “absorbed in our community; we pick up shopping for elderly neighbours and help out with gardening”, Watkins enlisted the help of Kings Court Chambers. In February, he instructed them to act on his behalf, applying for indefinite leave to remain. The firm didn’t submit the application until April.

“KCC took £1800 for their fee upfront in February, and requested the UKBA fee of £991 which we paid them in March – along with another £60 as the fees had increased. It’s a lot of money for a working family with two young children, but we were confident the visa would be issued,” says Watkins, who worked as a contracts manager for an environmental company. However, five weeks later, he received a letter from KCC. His visa application had been rejected due to an issue with payment from KCC.

“I couldn’t believe it. All the time the clock is ticking, my application is getting weaker as my visa officially ran out in November, but there was nothing else I could do,” Watkins says. He then had to resubmit another application through KCC – and, shockingly, the same thing happened again.

On June 22, he was told the application was returned due to a payment issue with KCC. After applying again, last week Watkins was told his application had been refused – one of the points being that he had overstayed his visa. 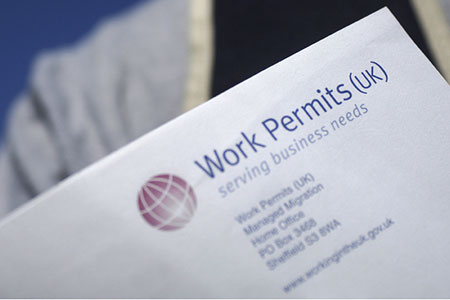 “My wife and I were reduced to tears. It’s taken KCC five months to get me to this stage. It’s unbelievable that twice my application was refused due to problems with payments from KCC. I’ve been living in the UK for nine years, and I feel as though I’m being treated like a criminal.

“On top of all this, and the fact it’s cost us thousands, my father, who lives in NZ, has been diagnosed with prostate cancer. He underwent treatment to remove it, but after recovery, he was told it didn’t go as well as expected. I can’t even go over there to see him, as I don’t have a passport.”

Monica Hamidi, case worker for Virendra Sharma, Watkins’ local Labour MP who has been supporting his case, said: “UKBA advisers aren’t supposed to give out advice on application types. So the person who gave that advice is in the wrong. But the Home Office isn’t willing to accept that as there’s no proof of what was said [for the initial application].

“However, his application was twice refused by UKBA as there was no money from the solicitor [KCC]. They need to make sure money is available otherwise they’re just messing with people’s lives. Watkins’ best option is to appeal and go before a judge to explain his situation, and I’m sure they will understand. However, he’s not going to get the chance to see his dad, as the appeal process could take months.”

Watkins added: “I feel as though my life is on hold. Things have to be put in place to prevent this from happening to anyone else.” A spokesman for KCC said the payment issue was an “isolated incident”, citing an “error with our bank” which is subject to an ongoing complaint.

“This is not common practice at all for KCC. We are a large and successful chambers.” The spokesman added KCC is working with Watkins to resolve the matter and offer compensation. 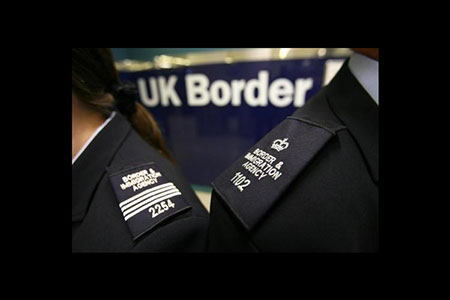 In July, TNT received a response from the Home Office on questions we’d posed under the Freedom Of Information Act in April – the response came months later than the 20-day target deadline, and it refused to answer them, despite dragging its heels for weeks. And although it was disbanded in March, there has been no announcement on how UKBA will work moving forwards.

Along with Migrants’ Rights Network campaign group, we’ve written to Home Secretary Theresa May, outlining our demands. And we’re urging readers who haven’t already to sign our petition. We’ve so far got 1500 signatures along with backing from high-profile MPs. TNT’s campaign can influence decision-makers to make sure the new department doesn’t offer the same shoddy service to visa applicants.