Siddle beat Bairstow all ends up when the Englishman was on 21, but Siddle narrowly overstepped the crease.

Bairstow went on to make 67, adding 46 more runs that the Aussies will have to chase down. 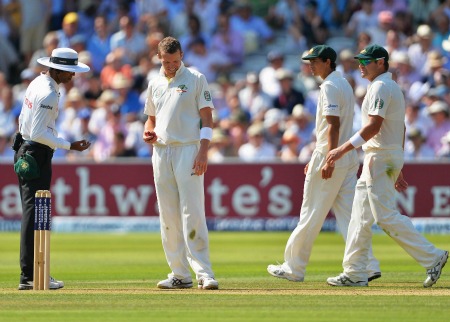 “There’s no excuse for it. The line is there for a reason,” said Harris, who replaced Mitchell Starc for this Test and took two valuable early wickets yesteday.

“It’s not acceptable. It cost us a lot of runs and potentially it could cost the Ashes,” he said.

“It was probably the only one he bowled, but funny how it happened to be a wicket. That’s how the game works.”