The cap is only given to players who make the starting eleven of the Australian cricket team. 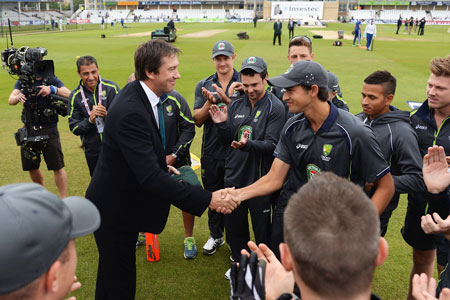 Captain Michael Clarke said the team was selected yesterday but he and Darren Lehmann have kept the names close to their chest.

On Agar’s inclusion, Clarke said: “It’s maybe a surprise to some but not to us he’s bowled really well leading up to this match, England have a lot of right handers so I think he can play a big part in taking 20 wickets.

“Our chairman made it clear we had the option to bring other players in. [David Warner’s omission] He’s been batting very well in the nets but it’s obviously hard when you’ve had no match practice.”

Agar played in lead-up matches, but was tipped to step aside for right-handed Lyon.