Ashes Down Under 2013: Captain Clarke admits he could miss first Test in Brisbane

The 32-year-old batsman was already missing the India one-day series due to a recurring back problem, but he has now said that he may not even be fit for the first Test.

To lose Australia’s best player over the past few years and tactical dynamo wound be a massive blow as Australia bid to regain the Ashes and stop England from making it four series wins in a row since for the first time since 1888.

Clarke couldn’t say he would be ready for the first salvo of the series when asked by media if could miss the Gabba clash: “I’ll say definitely not, but at this stage, we can’t predict how long it’s going to take to get right.

“I’m trying not to look at that. It’s about being nice and positive.”

Australia has seven ODIs and a Twenty20 in India ahead of the five-Test series.

The final game of that tour is November 2, the same day Sheffield Shield competition begins in Australia and 19 days ahead of day one in Brisbane.

England land in Australia on October 25 and have three tour matches scheduled against top state opposition and Australia A.

While that sounds like a much better preparation than what is planned for the hosts, Clarke believes England won’t have the upper hand before a ball is bowled.

“Every player’s different. For me personally, the way to prepare for any series is to score runs in whatever form – it makes no difference,” Clarke said.

“If I’m playing one-day cricket leading up to a Test series, it doesn’t really make that much difference for me. My preparation is pretty similar. I bat in a similar way in one-day cricket as I do in Test cricket. We’ll have time.” 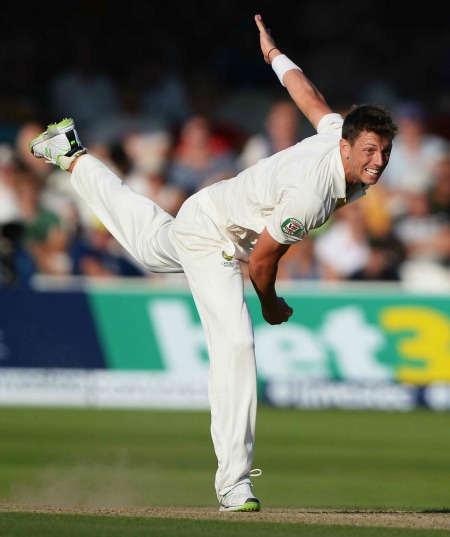 Meanwhile, Australian quick James Pattinson has confirmed he certainly won’t be playing in Brisbane or Adelaide.

“All things going well I could push for that Waca Test,” the 23-year-old paceman said.

The Waca in Perth hosts the third Test and is notoriously fast bowler friendly.

“If it’s a bit green we could play four quicks up there, but I’ll know more when I start bowling.”

Our guide to the best road trips Down Under and abroad