No formal announcement has been made but it appears that Aston villa have grown tired of his services, with the 53-year old Scotsman saying goodbye to the players this morning at the club’s training ground.

Villa endured a torrid season, skirting with relegation for much of the campaign, finishing up in 16th place and winning just four of their 19 home matches, and a paltry three on the road.

McLeish left local rivals Birmingham City at the end of last season after the Blues were relegated, joining fierce local rivals Villa. Poor performances from a team who finished sixth just four years ago, saw McLeish face criticism from all corners, not least from the club’s fans who expected more from him and from their team.

After the season drew to a dramatic close yesterday with Manchester City clinching the Premier League title, McLeish looks set to be the first manager to get his marching orders. 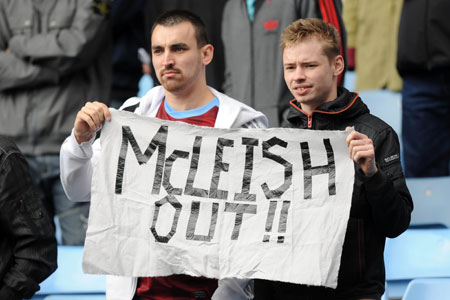 Tube strikes to hit London in May and June