At your own risk: top five dangerous travel destinations

Suggest a holiday in Pakistan or Afghanistan and the majority of mates would seek to have you committed before you do yourself any harm.

But while the names of these nations inevitably conjure the notion of danger – and visions of violence – there’s something about their very otherness that invites curiosity too.

However, we all know where curiosity got the cat. So how sensible is it to visit one of these so-called ‘dangerous destinations’?

There is always an element of danger to travel – as there is crossing the road on your way to work every day – but it’s true this element is far stronger in certain places more than others.

Ultimately, the decision about whether to visit somewhere must be the individual’s, and it must be an informed one.

Travelling to a country such as Pakistan can be endlessly rewarding. For many, it is the highlight of a lifetime of journeying, offering an opportunity to see incredible landscapes and meet welcoming locals.

But this should also be balanced alongside the latest advice from experts – the Foreign and Commonwealth Office currently warns of a significant danger of kidnapping in Pakistan.

The diamond in the country’s more troubled rough is no doubt the Karakoram Mountains (pictured).

Trekking to 5098m-high Rush Peak is a ‘popular’ (relatively speaking) option, taking you over glaciers and through gorgeous valleys before reaching what is an unbeatable viewing platform for peaks that include the world’s second-highest mountain, K2.

While on the Karakoram Highway, a must-not-miss is Baltistan. Home to people of Tibetan descent, it is often referred to as ‘Little Tibet’, and possesses more than enough natural beauty, world-class trekking opportunities and back-in-time villages to justify the name. 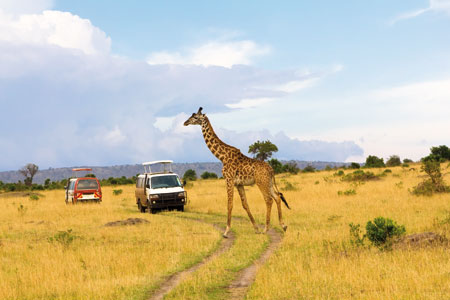 Trouble on the Somali border, some resulting in the kidnappings and killings of tourists, has turned a tide of travellers against Kenya; recent terrorist attacks in Nairobi have given more cause for taut nerves.

However, the FCO only advises against travel to a sliver of the country. Kenya is rich in rewards for visitors, with big game safaris just one point on a long list that includes Indian Ocean-bordered beaches and sweeping deserts. 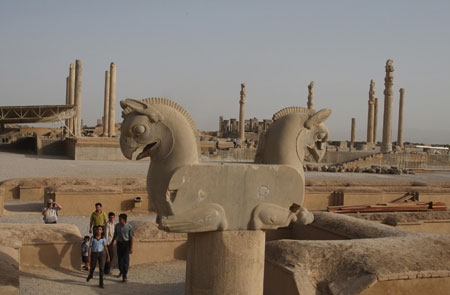 Ah, Iran. Posters bear hysterical anti-US propaganda (a favourite is Ayatollah Khomeini bursting through the flames of a burning Stars ‘n’ Stripes). All women, including tourists, must wear the hijab. And then there’s the religious militia …

But you won’t find a bigger disconnect between people and politics than here. Most Iranians are liberal, friendly folk
– a highlight, along with the beauty of Shiraz and romantic, historical Yazd. The FCO advises against all but essential travel. 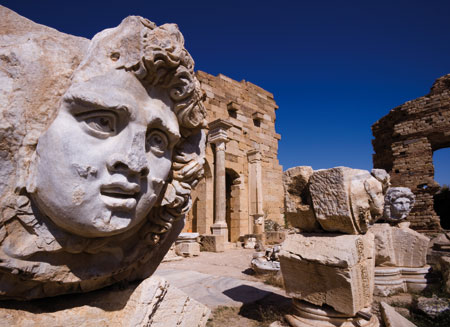 Law and order is still a work in progress in Libya. Elections earlier this month were accompanied by a number of violent incidents, while a British Embassy convoy was attacked in Benghazi in June.

Probably the biggest draw in this chaotic country (it was hardly placid pre-revolution) is its Roman ruins: Leptis Magna boasts what are among the most impressive and least-visited remains of a Roman city in the world.

Still, probably best to leave this one for a few years yet. 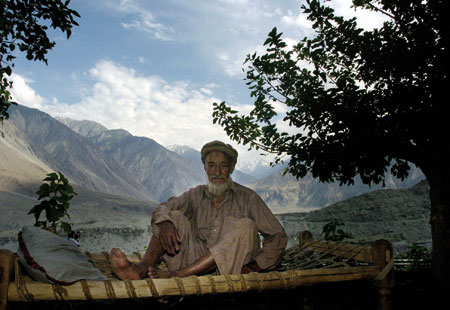 To say that Afghanistan is troubled would be an understatement. Make no mistake: the FCO advises against all travel to most of it and all but essential travel to the rest.

And yet there are pockets of serenity to be found in this ravaged land. The Wakhan Corridor is so remote that it is relatively secure. Here, you can expect tough trekking, rewarded with views seen by few fellow travellers.

Considering the Hindu Kush, Karakoram and Pamir mountain ranges meet here, these are some serious views.

Coming to blows: Rapper gets oral sex from fan on stage and keeps rapping