The Burlesque A Peel – World’s Largest Burlesque Dance Record Attempt is supported by Benefit Cosmetics and an enclave of elegant ecdysiasts will be donning costumes in aide of singer/songwriter Sapphira, as she pays tribute to Sir Richard a-peeling to him for help launching her self-funded album Mistress on her label Domina Records. The event will conclude with a kissing petition and Benefit Cosmetics Make-Up artists will be on duty to pimp each pout.

Founder of Sapphira’s Showgirls, a burlesque academy that empowers women through self-expression, Sapphira  has had a fascination with the British business magnate since Valentine’s Day 2013 when she launched the campaign ‘My Heart Belongs To Branson’ a YouTube campaign that requested his help with flights for her group to tour from Australia to England.

Sir Richard responded sending his love back and discounting flights for the group. Since that time, Sapphira has rallied nearly 200 performers and industry professionals in six cities in her quest to meet her business idol, even achieving a Guinness World Record in 2014 with Burleskathon which she dedicated to the Virgin Group Founder.

“I find Sir Richard Branson to be an inspiring personality who mentors young business people. He is a beacon for entrepreneurs,‘ says the Australian singer.  ‘It is my dream to meet Sir Richard and we will be inviting him to this event but even 15 minutes of his time would be great for the development of Sapphira Music.’

In exchange for help with the debut project, Sapphira is committing 10% of all profit from sales, royalties and licensing for the lifetime of the album to Sir Richard Branson’s charity.

At the conclusion of the five minute burlesque dance, the 300 participants will also create a kissing petition and kisses will be collected demonstrate the group’s combined wish for Sir Richard’s help. 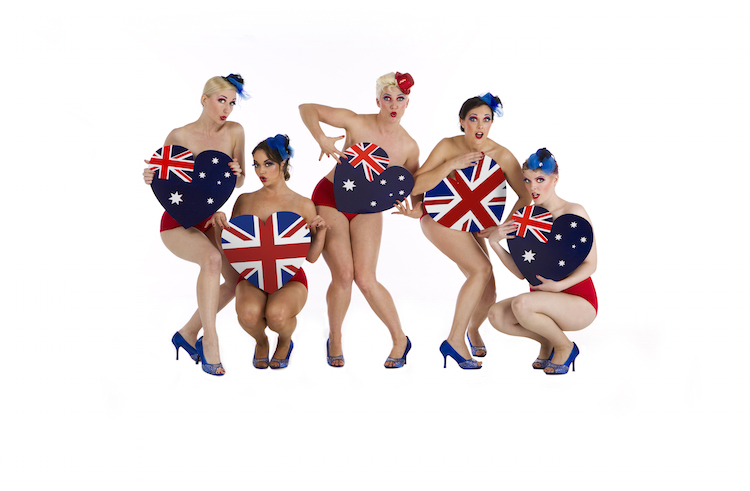 WANT TO PARTICPATE?
You can register to take part in the event here