Wild was arrested for unruly behaviour when ‘pushed over four port-a-loos, exposed himself and threw his own urine at rangers at Litchfield National Park,’ according to NT News.

Questioning why Wild would rather magistrate asked “There is nothing to do in Darwin for a strong, healthy young man except to drink?” calling the request “extraordinary.”

Prefering a relatively speedy return to his partying lifestyle with his friends, Wild’s lawyer Georgia McMaster said he had told her that “Darwin people of his generation go out and have a good time on the weekend and drink.”

Wild became infamous in the area after his appearance on the front page of the Northern Territory’s NT News – and lost his job working as a car salesman as a result. 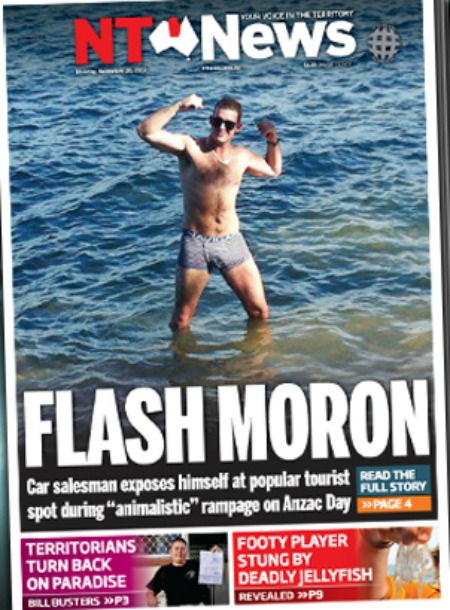 New monkey Lesula discovered by scientists in the Congo