There are fairytales in sport, and then there is the story of Curtis Good, an Australian teenager who in his first year as a professional footballer overseas will play in a Cup final at Wembley – that it will be for League Two side Bradford City against Swansea City in the Capital One Cup was for no one to predict, least of all the quietly spoken Melbourne lad.

Two years ago, Good was completing a transformation from a midfielder to a defender at the Australian Institute of Sport.

Last year, he was impressing in his debut season of the Hyundai A-League for the Melbourne Heart.

This Sunday, he plays at what is for most Aussie football fans, let alone players, a mystical place where dreams are made.

“I didn’t expect this at all, it’s all pretty amazing,” says Good, who is on loan from Premier League club Newcastle United where he signed a six-year deal last year before being loaned to nearby Bradford for on-field experience.

“There are players, amazing players, who can go their entire career without playing at Wembley.

“I’m pretty sure this will be one of those things where you don’t realise how much it means until it’s over.

“But seeing how much it means to some of the players [at Bradford], it’s no mystery that it’s big.” 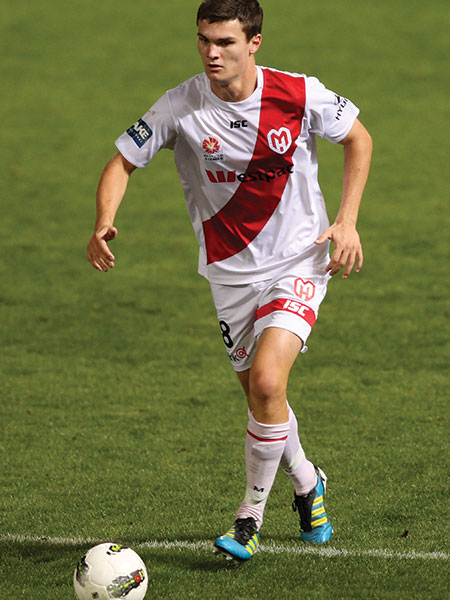 When history boys Bradford take on Swansea they will be the first fourth-tier side to play in a Cup final in 51 years. Of course, they did it the hardest way possible.

A tight 1-0 win over League One’s Notts County, then 2-1 at Championship side Watford and a 115th-minute extra time winner against fellow League Two side Burton Albion got them to the fourth round and Premier League opposition.

They took Wigan to penalties before Good joined the club.

He had a front row seat from the bench for his new side’s victory over giants Arsenal, who they matched for 120 minutes and took to penalties, then with cool heads won their ninth consecutive shoot-out, a record.

So a guy from Melbourne, signed to Newcastle United, made his debut on a teamsheet against a Premier League side for Bradford against Arsenal.

It’s hardly as heart-warming as goal scoring hero Jim Hanson, who made more as a shelf stacker than he does for the Bantams, or now superstar goalkeeper Matt Duke, who’s happy to be alive after surviving cancer before this magic ride. 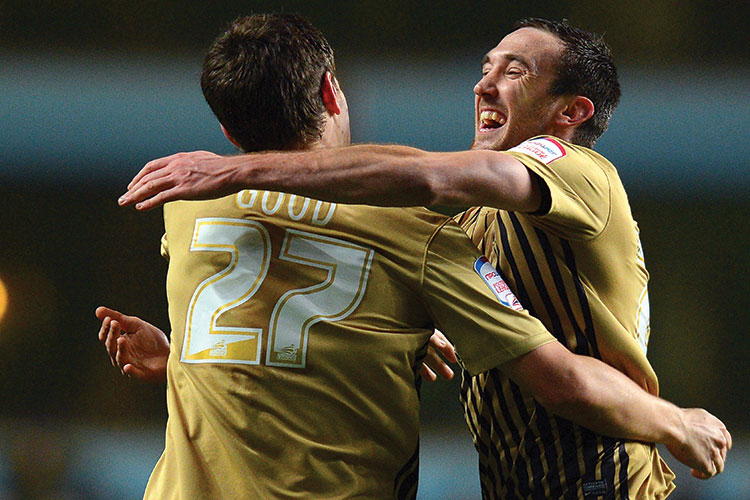 From a football perspective, though, it’s worth Good pinching himself a bit. But he didn’t come to England to sit on the bench and his Cup chance came against another Premier League side, Aston Villa, in the home and away semi-final fixtures.

He started in both due to an injury to another Australian, James Meredith.“Wherever you come from, you have to earn your spot,” Good says.

“I didn’t play straight up, but the opportunity came up to play left-back when James got hurt.”

Stronger on his left side, Good was predominantly a centre-half in his 25 appearances for the Heart before being snapped up by Newcastle, but playing out of position is no bother.

“I’ll play where the manager puts me, and it’s good, the more positions you play the better you are for the team,” he says.

His debut against Premier League opposition, including the handful of a striker Christian Benteke, would be on Bradford’s patch at Valley Parade, a humble ground to say the least.

But the Bantams were well beyond their apparent station, certainly not like a League Two side, outplaying a top-flight team and taking a 3-1 lead to the return leg at Villa Park. Good started there too – his first run on an EPL ground.

“I’d been involved in some 11 v 11 with the Newcastle firsts team, but never been involved in a game like that,” Good recalls of going to Birmingham to defend an inevitable onslaught from a team desperate to save face.

“It was a nervous experience at the start, but I settled quickly and really enjoyed it,” he says. “You don’t really think about it – it all goes so quick.

You just think about what you’ve got to do and after the game you can let it sink in.” 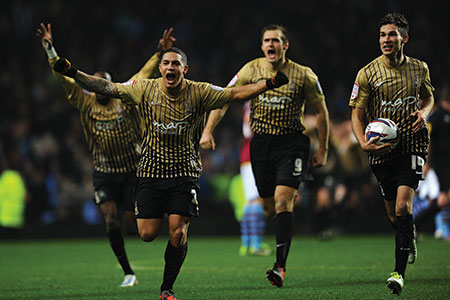 Not long after that match, Good’s loan stint was extended until the end of March, meaning he’d stay at the club to take on Swansea, who beat defending champions Liverpool and Chelsea on their way to Wembley.

Far from waxing lyrical with such a massive occasion imminent, Good was last week focused on Bradford’s league fortunes, which have lapsed since their Cup storybook opened.

In fact, it will be a relief of sorts for the 10th-placed team when the hoopla’s over.

“Don’t get me wrong, it’s a big moment up here, but unfortunately our league form’s taken a dip, so after the final we can put all of our focus into that. We’re a better team than where we are on the table, that’s for sure.”

Before the weekend, manager Phil Parkinson was saying the Bantams’ eyes were only on Wimbledon (who they played in the league on Saturday), not Wembley, and it’s brushed off on his players.

But that will have changed now the next match in their schedule is in HA9. And even as a newcomer, Good has a sense of what this week will be like.

“After the game at Villa, I looked over to see a bloke like Gary Jones (Bradford’s captain and midfield workhorse) sort of crying, and it hit home how big this is,” he says.

“It’s a tricky situation, but even though it’s early in my career, you can’t forget about these sorts of moments.

“This is amazing for the club and the city and the fans, and who knows when it’ll happen again. So we’ve got to enjoy it.” 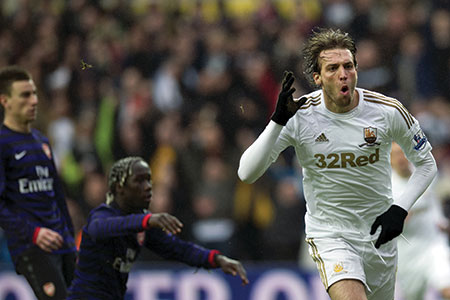 Far from a Premier League glamour club, Swansea City   tend to do their fancy talking with a fluent passing style on the pitch.

Still, by comparison, their League Two counterparts in the Capital One Cup final are paupers.

The Swans’ star striker Michu was snapped up for a bargain £2m, and is the buy of the year, but the Bantams entire squad was put together for £7500.

While Michael Laudrup’s Swansea swanned about in Dubai for a warm-weather training camp between their 4-1 win over Queens Park Rangers and the weekend’s visit to Liverpool (eight days apart), their opponents were battling to breach a five-point gap between them and promotion play-offs – three days between their Gillingham loss and win over Wycombe, then four before Saturday’s trip to Wimbledon.

It’s David versus Goliath’s little brother, and good for football, says Bantams manager Phil Parkinson: “These competitions are normally always won by the big teams … we’ll go there as underdogs and we will definitely enjoy it.”

Britain to be overrun by ‘rats the size of cows’