Courts Down Under have moved to ban all branding, essentially removing logos and reducing them to a small footnote at the base of the packet.

A challenge against the ruling by tobacco companies failed when it was rejected by the High Court. The tobacco giants argued that removing their distinctive branding and colours from packs will damage the value of their trademarks.

As of December this year the only imagery allowed will be horrifying images of health complaints brought on by long-term smoking, like mouth cancer, sick kids and other unpleasantly dramatic photos. The packs will be a plain dark olive green colour. 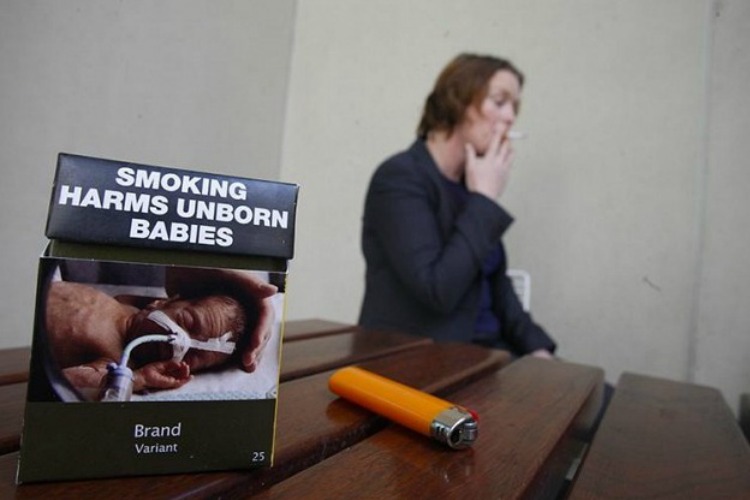 Australia’s Attorney General Nicola Roxon fought hard for the ban, which could lead to the same move happening in the UK and New Zealand now that the ruling has proved to be effective.

“Governments can take on big tobacco and win and it’s worth countries looking again at what the next appropriate step is for them,” Roxon told reporters.

UK charity Cancer Research were pleased with the verdict “We know [Health Secretary] Andrew Lansley…says that talking to Nicola Roxon was one of the things that inspired him to have a consultation on plain packaging.

“The kind of strength that the Australian Government is showing in response to the current tobacco industry legal action and bullying and so on, I think has also helped us as well.” said tobacco control manager Robin Hewings, speaking to ABC news.

However, Big Tobacco are unlikely to take this laying down – “There is still a long way to go before all the legal questions about plain packaging are fully explored and answered,” said Chris Argent of Phillip Morris, owners of the Marlboro brand.

Olympic athletes, Boris Johnson miss out on tickets for London 2012

Mushrooming in the New Forest