Murray Rose won three of his four Olympic gold medals in Melbourne – the 4x200m freestyle relay, the 400m freestyle and the 1500m freestyle – all at the age of 17.

He followed that up in 1960 in Rome retaining his 400m freestyle crown – the first swimmer to do so – and winning a silver medal in the 1500m event behind fellow Australian John Konrads.

Rose was born in England, brought to Australia by his parents at the outbreak of World War II.

Olympics historian Harry Gordon wrote that Rose learned to swim at the age of five at Sydney’s harbourside Redleaf Pool in Double Bay.

The last time he swam for Australia was at the Perth Commonwealth Games in 1962 when he bagged four gold medals, winning every event he contested. 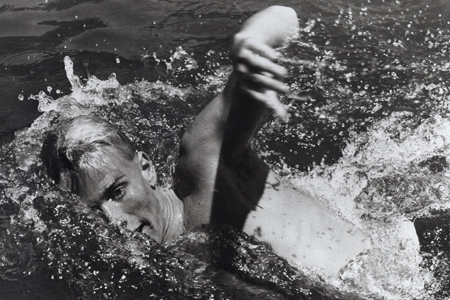 By then, he had moved to the United States on a scholarship at the University of Southern California (USC).

Rose had tried to win a place in the team for the 1964 Tokyo Games but was not allowed to compete in trials in the US.

A dedicated vegetarian, he had the Hollywood looks and majored in drama and television at USC while he kept up his swimming.

He tried the movies and had roles in Ride the Wild Surf and Ice Station Zebra and later in the 2003 Australian movie Swimming Upstream.

His great mate John Konrads remembers when the pair became friends at the Rome Olympics – tripping off together to the Trastevere district after their events and returning in the early morning arm-in-arm after a night on the red wine.

At that Olympics, Rose retained his 400m crown pushing Konrads into third place while Konrads relegated Rose to silver in the 1500m race. 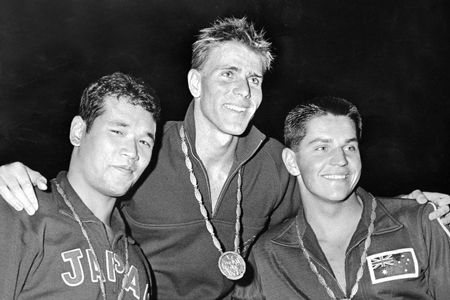 “I wanted to be a triple gold medallist at Rome, the way Murray was in Melbourne,” Konrads recalled on Sunday.

“In the 400, I focused on Murray and thought if I could match his PB of four minutes 21 seconds, I’d win.

Rose’s friends and swimming peers remember him as a true sporting legend and a gentleman.

An avenue at Sydney Olympic Park was named after him for the 2000 Games.

He also was honoured in 2000 appearing with other Olympic greats such as Dawn Fraser, Betty Cuthbert and Shirley Strickland on Australian stamps to commemorate the Sydney Games.

He acted as one of eight Olympic flag-bearers at the opening ceremony in Sydney.

Rose, who was the patron of the charity The Rainbow Club, which teaches disabled children how to swim, is survived by his wife Jodi and son Trevor.

Capitalise on the capital

A load of Bula