McGuire: Malthouse wouldn’t have a friend left at Collingwood

McGuire hit back after Malthouse raised doubts about the game plan of new coach Nathan Buckley – his former assistant – saying the Pies defence was “leaky” and that the players weren’t adapting to a more adventurous approach.

Malthouse also said All-Australian Leon Davis would still be at the club instead of playing in the WAFL with Perth.

The criticism hasn’t gone down well with McGuire, who opened up on his former coach.

“You’ve been a sensational servant to the Collingwood football club, we love you, but move on now because picking over the scabs, you’re doing exactly what you used to hate Tony Shaw doing to you.

“Give Bucks a bit of a go because when he was the captain he carried that team for you. He’s in his first year.

“I love Mick and I’ve supported him 100 per cent, but I tell you what, he wouldn’t have a friend at Collingwood today. He hasn’t missed anyone.” 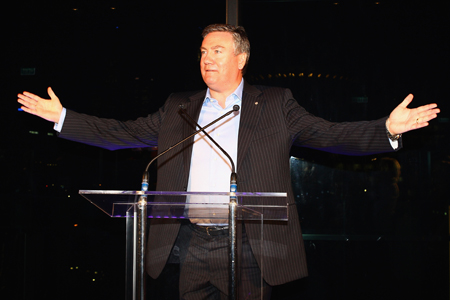 Malthouse stood down following last year’s grand final loss to Geelong, which was also Davis’ last match for the club.

“I spoke to Leon Davis 15 minutes after the grand final and he told me that he was going home (to WA) for family reasons,” McGuire said.

“It wouldn’t have mattered if he was offered a million bucks, he was going home.

“Leon was going for every reason other than football, let me tell you that. Whether Mick was going to be there or not I don’t think that was going to make any difference.

“He’s (Malthouse’s) come out and blamed the grand final loss on Dane Swan, Chris Tarrant and the umpires.

“You can’t claim the glory for the coaching plan to get to the grand final and then bag the players who actually followed it out.”

Birds in Frognerparken at sunset