UTOPIA is in cinemas from 15 November with a Nationwide Q&A with John Pilger on Monday 18 November at Picturehouse Cinemas. Available on DVD 2 December www.utopiajohnpilger.co.uk

Four taxi drivers had refused to pick up Jada Alberts and her three colleagues as they waited outside the Malthouse Theatre after rehearsing for an upcoming indigenous production of Shakespeare’s King Lear.

“For those things to happen within a space of 24 hours was just heartbreaking for all of us to have to deal with,” Alberts said.

It’s the latest in a string of racist incidents on public transport in the city, and not the first time taxi drivers have refused to take Aboriginal customers. In December last year, Geoffrey Gurrumul Yunupingu was also blanked by cabbies while there on tour.

The blind indigenous singer’s manager Mark Grose said the artist had been refused cabs elsewhere in Australia and it was common for black performers.

It’s the type of behaviour that has spurred John Pilger to be fiercely critical about the treatment of the indigenous population in Australia.

The award-winning TV journalist, who has lived in Britain since 1962, is now shining a light on the topic in his latest film Utopia, due for broadcast in the UK on ITV in September before its worldwide release.

For it, Pilger flew to Western Australia, to Rottnest Island, home to the world’s biggest resources boom where profits are in the multiple billions, and in stark contrast “barely a fraction of mining, oil and gas revenue has benefited Aboriginal communities, whose poverty is an enduring shock”, he says.

In the film, the 73-year-old compares how WA’s “premier tourist destination” is promoted to visitors, with the truth of its harrowing history. 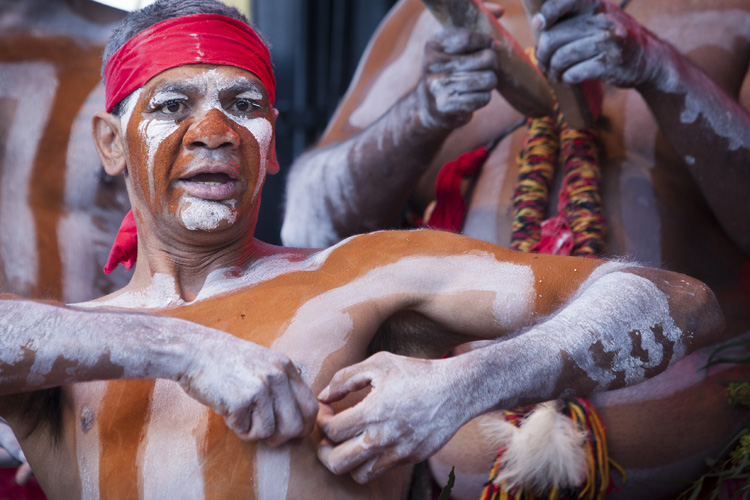 “At airports, arriving passengers are greeted by banners with smiling Aboriginal faces in hard hats, promoting the plunderers of their land. ‘This is our story’ says the slogan. It isn’t,” he writes on his website.

Instead, the reality is “an insidious genocide that divided and emasculated the indigenous nations”. Pilger checks into Rottnest Lodge, which has a spa and double bunks for kids. It was once a prison, known as The Quod where 167 Aboriginals were locked in 28 tiny cells.

Tourists sunbathe where gallows once stood, and visitors are encouraged to follow the Vincent Way Heritage Trail. It’s named after the “psychopath” who ran the Quod, Henry Vincent, “who liked to whip prisoners and murdered two of them”. None of the guests Pilger spoke to had a clue.

This isn’t behaviour that’s confined to the past, lessons learned – mistakes are being repeated today.

And not just in WA.Figures published last year by VicHealth who surveyed 755 Aboriginals in Victoria revealed 97 per cent had been targets of verbal or physical abuse in the previous 12 months.

Two weeks ago in Sydney, police shot two indigenous teenagers who had stolen a car, hitting a bystander in a crowded footpath. It sparked race tensions across the city, with protesters accusing the police of racism.

An internal police investigation is currently underway.Campaigners are citing crisis point in WA, with thousands of Aboriginals drinking themselves to death, living in squalor while workers on six-figure salaries help drive the boom. 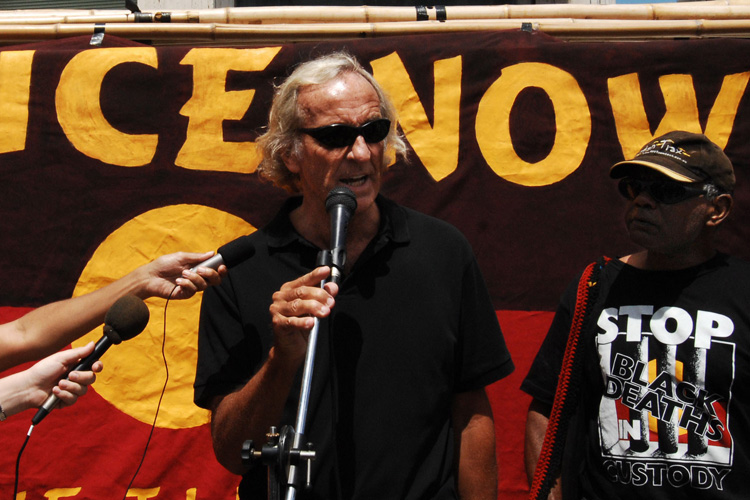 Bob Neville, chairman of the Pilbara Association of Non-Government Organisations, said WA was “in the middle of the biggest resources boom we’ve ever seen, and locals have nothing to show for it”.

He called for an inquiry, telling Perth Now: “Every night they’re sleeping in the dirt on [mining magnate] Gina Rinehart’s doorstep. They’re dying from alcohol, drugs, poor nutrition and suicide.”

Pilger says Aboriginal incarcerations have more than doubled in WA during the resources boom. In his film, he highlights the case of an elder known as Mr Ward, arrested for drink-driving.In 50˚C heat, he was driven more than 300 miles in a prison van run by the British security company GSL.

“Mr Ward cooked to death, his stomach burned raw where he had collapsed on the van’s scorching floor … The Department of Public Prosecutions refused to take action, saying there was ‘no evidence’. This is not unusual.”

About 60 per cent of WA’s young prisoners are indigenous – five times the rate of imprisonment for black people during apartheid in South Africa.Former prisons minister Margaret Quirk said the state was “racking and stacking” black Australians.

The reason, according to Dennis Eggington, CEO of the Aboriginal Legal Service of WA, is that Aboriginal children are being locked up for minor crimes.

They’re “being scooped up and poured into the justice system through this big hole that’s getting worse and worse”, he told Kimberley Mornings.

“Attempting to steal an ice-cream, stealing 10 hamburger buns … all these sorts of crimes that don’t deserve young kids to be held in police custody, the court, then locked up.”

And not enough is being done to resolve these problems, says Pilger, adding: “More than any colonial society, Australia consigns its dirtiest secrets, past and present, to a wilful ignorance or indifference.”

UTOPIA is in cinemas from 15 November with a Nationwide Q&A with John Pilger on Monday 18 November at Picturehouse Cinemas.

Watson and Hughes put Aussies in control against Proteas