The scariest night of the year is about to hit London, with all manner of haunted, spooky goings on happening across the city this Halloween. But don’t worry, if you are faint of heart, there are less terrifying ways to celebrate if scaring the crap out of yourself is not top of your list of priorities. 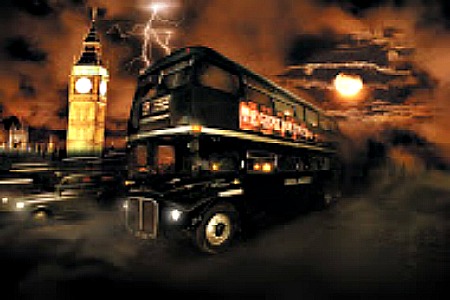 If you do want your Halloween to be full of fear, though, you best get yourself down to one of the Ghost BusTours that take in the most haunted sights of London aboard a creeped out Routemaster bus. “It’s a theatrical sightseeing tour of London – a comedy horror show on a bus,” explains Ghost Bus Tours creative director Peter Davis. “You see the sights and learn about London’s ghosts and horrible history while experiencing a theatre show – on a haunted bus. There are a lot of people out there who love spooky creepy comedy but also who want to see London’s amazing sights, so we decided to do just that! ”The tour takes in some of the most feared, horrific sights and destinations in London, and with the rich and varied history of this city, there is no shortage of ghoulish goings on to uncover.

“The Tower of London is one of the scariest places in London,” Davis says. “With over 20 recorded ghosts, it’s statistically the most haunted place in Britain. So many awful things happened there over the years– murder, torture, executions – that some of the poor victims appear to still be there. I certainly wouldn’t want to spend a night there alone!”

Getting on board a haunted bus to visit some of the most haunted places in London is certainly a nerve-wracking experience. For some, it would seem, it’s just a little too much to handle. “We’ve often had people crying during the tour, some hysterics and even people asking us to pull the bus over so they can get off as they were too scared,” Davis says of some of the reactions they have had from people who were not up to the challenge. “We get asked if it is too scary for children,” he offers, somewhat reassuringly. “But it all depends on the individual – we have had some kids who giggle through the whole thing and grown adults who can’t handle it! It is a comedy show, but we do make sure there are some ghoulish treats in store, too – perfect for Halloween!”

If you’d rather not give your nerves such a workout, there are a wealth of other events taking place across town, such as a series of seminars and exhibitions at Bart’s Pathology Museum which take a look at the human body and that which has been done to it. 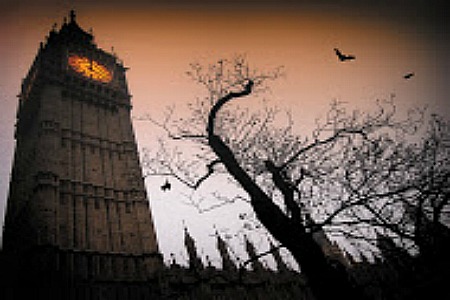 This Wednesday sees A Potted History Of The Pot, which looks at the collecting of human body parts,with other events including a look at taxidermy (Oct 26) and Necropolis (Oct 30) which looks at London and its dead, as well as a talk all about shrunken heads (Nov 2).And if you want to keep this Halloween really traditional, don a spine-chilling fancy dress outfit and go trick or treating! Happy Halloween!

Britain is a nation of clueless coffee lovers