The Aussie women beat England by 27 runs in the first one-day international, following a draw in the one-off Test in Wormsley last week.

The victory at Lord’s gives the Stars a 4-2 points lead in the series over England.

There were fear 8-204, with Meg Lanning top scoring with 56, wouldn’t be enough against the talented England side.

And when Charlotte Edwards (61) appeared to be taking the game away for England a loss seemed well on the cards. 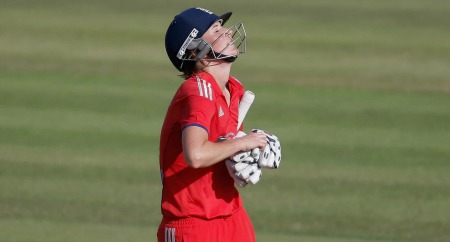 But after she was caught by keeper and skipper Jodie Fields off Erin Osbourne, England collapsed in spectacular fashion, losing their last seven wickets to be all out for 176.

While the Aussie pace attack of Ellyse Perry and Holly Ferling are much lauded, it was the spin pairing of Jess Jonassen (4-38, below) and Erin Osborne (3-39) who did the damage. 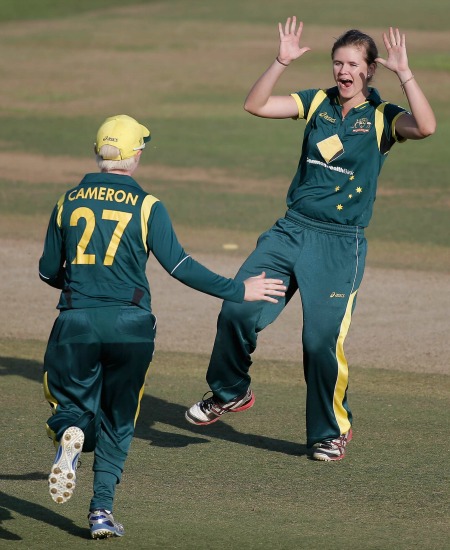 With two points up for grabs in each of the two remaining ODIs and three Twenty20 matches, Australia now needs to win just two of them to retain their Ashes title.