It’d be an achievement, if you could call it that, with Broad making no bones about his lack of desire to be liked by opposition fans, but his refusal to walk when he hit the cover off the ball in the opening Test at Trent Bridge still irks the winless Baggy Greens’ mentor.

Broad has however, for what it’s worth, admitted he hit the ball before going onto an innings that gave England the upper hand in the Test won by just 14 runs. 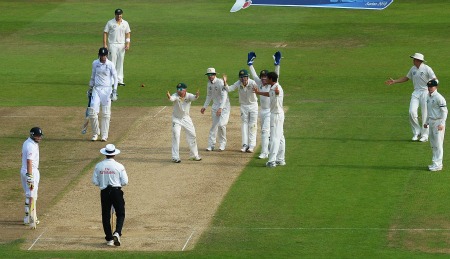 But he’s unapologetic about standing his ground.

“Certainly our players haven’t forgotten, they’re calling him everything under the sun as they go past,” Lehmann said.

“I hope the Australian public are the same because that was just blatant cheating. I don’t advocate walking but when you hit it to first slip it’s pretty hard. 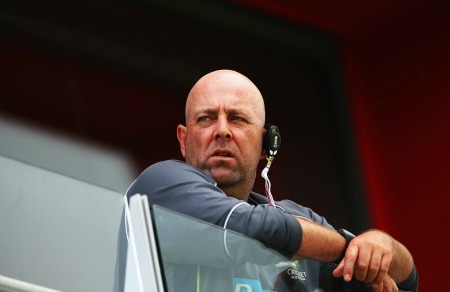 “From my point of view I just hope the Australian public give it to him right from the word go for the whole summer and I hope he cries and he goes home.

“I just hope everyone gets stuck into him because the way he’s carried on and the way he’s commented in public about it is ridiculous.

“He hit it to first slip … and the biggest problem there is the poor umpire cops all the crap that he gets in paper and Stuart Broad makes them look like fools.

“From my point of view it’s poor, so I hope the public actually get stuck into him.”

The fifth Ashes Test starts today at the Oval, with the return series starting on November 21 at Brisbane’s Gabba.

TNT’s guide to calling home on the cheap