We walked into the spacious open-air area with the bar and seating area and stopped at the desk to the left, where we were handed tickets for the tour. We rejoiced when we realised that we had time for a Bacardi based cocktail (mojito for me) before the tour.

The tour was called by buzzer (we each had our own) and we boarded the tram. The driver spoke briefly about the company on the short drive to the building (Puerto Ricans seem to like using their legs about as much as Americans).

The tour itself lasted no longer than an hour; it was informative thanks to Jorge our guide, entertaining again thanks to Jorge and sexy due to the Bacardi commercial. Later that night we went to the famous salsa club Nuyorican and bars of old San Juan that were just as sexy and as much fun as the commercial. If you’re looking for a great night out then San Juan is guaranteed to meet all expectations.

The shorty film about the Bacardi family history and rum making process was enjoyable. Have you ever wondered where the bat sign on the bottle came from? It was Mr Bacardi’s wife, she had a thing for bats. 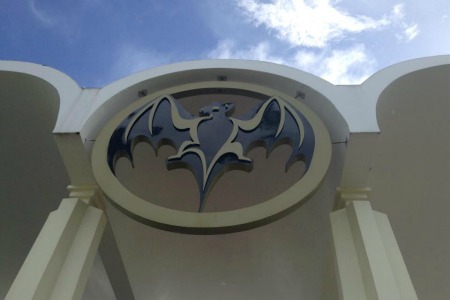 The section displaying bottles of Bacardi behind glass from years gone by and Bacardi drink ads were a real crowd pleaser. Unfortunately there’s no way of getting beyond the glass (without getting arrested) and trying one hundred year old rum.

After a quick shot of Bacardi reserva limitada, we jumped back on the tram to the visitors centre (the Bacardi bar) for a couple more cocktails (daiquiri and cubre libre for me).

There are three different tours available:

The historical tour that we did for $12, including a cocktail.

The mixology tour with access to the distillery and five premium rums for $45. We didn’t do this as we had a mixology class booked later that day at the Caribe Hilton in San Juan. 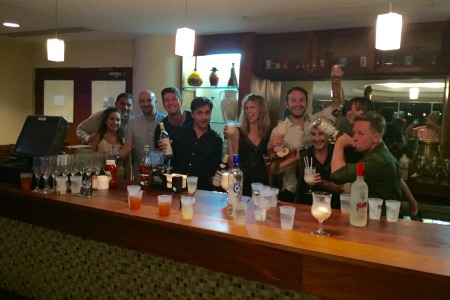 And the rum tasting tour which is similar to the above, just less hands on.

Norwegian will operate two flights per week to San Juan using the state of the art Dreamliner aircraft. Seats start from £159 one way – making them some of the most affordable Caribbean flights ever. This is currently the only direct flight to Puerto Rico from the UK.

Video: Canadian teenager trapped under a train, jumps out between wheels, survives