Summer just got a little hotter….

Balé de Rua brings the passion of Brazil to the Southbank this August with Baila Brazil, a thrilling mix of original music, street dance and Afro-Brazilian culture.

Performed by  a company of 14 dancer-percussionists, one singer and a live band – many of whom grew up in the favelas of Uberlândia  – the production is certain to capture the spirit of Brazil.

Ahead of Baila Brazil’s residency at the Royal Festival Hall – as part of the Southbank’s summer long Festival of Love – we spoke to artistic director Fernando Narduchi.

Can you start by telling us what can audiences expect from Baila Brazil?
Baila Brazil is about the Brazilian spirit and the richness and diversity of Brazilian culture. We want to show the vibrancy and courage of Brazilian people: our energy and our colourful cultural universe. We are vibrant people. We are happy and we like to dance. But the show is also a celebration of the Afro-Brazilian culture and its contribution to the identity of Brazil as a country. It’s about the fight of the black people of Brazil for freedom from slavery.

How did you come up with the idea for Baila Brazil?
The inspiration for Baila Brazil comes from our own history, our journey through the years as Brazilian people. Our inspiration comes mainly from what we live day-to-day – our history as black people in Brazil.

Take us through some of the works/elements that will appear in Baila Brazil?
One of our goals as a company has always been to create a new style of dance from our roots. We wanted to create a form of dance with a Brazilian face and to bring to our cultural expressions to it. We opened ourselves to the huge variety of styles of Brazilian music and dance, mixing them with the hip hop. We are not afraid to mix Mozart with hip hop or samba with capoeira. It seems at first like these styles can’t connect because they are so different. But we experiment with our movement to bring these different styles together. It’s about finding the right timing and intention of each movement according to the music we want to use and the message we want to bring to the scene.

What would you like audiences to take away from the show?
I hope the British audience gains a greater understanding of Brazilian culture and its diversity. 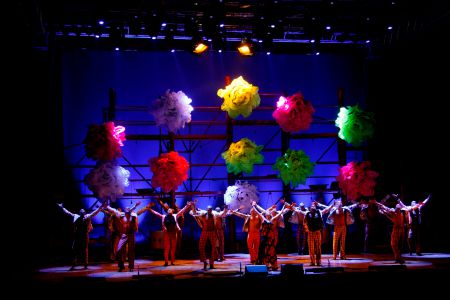 Balé de Rua means ‘Street Ballet’ in English. Where does the name come from?
There was a big street dance movement running through Uberlândia in the 1980s and 90s. When I met Marco Antônio, he was a dancer in one of the best street dance groups in town and we became friends. In 1992 we decided to create our own group and develop a way of giving street dance a truly Brazilian identity. We wanted to make a dance that was precise, well done and sophisticated, like ballet. We were pioneers of street dance when it was almost unknown, not the success it is today.

Why do you think dance is so integral to Brazilian culture?
I think it is mainly because of the African people who came to Brazil as slaves. They brought their drums, their rhythms and their dances. They kept their traditions alive and influenced the whole culture of Brazil. Dance changes lives. Not only dance but music, painting, literature, all kinds of expressive arts. But dance specifically is a group activity and so you learn to work together, to respect each other, to work towards a collective goal. People living in poor areas often feel they are forgotten, like they are no one. But dance, arts and culture make people stronger and more aware of themselves and their place in society.

What do you enjoy about working in London?
It is amazing to be touring and performing in London. It’s a privilege to have the opportunity to see different places and to get to know different people and different cultures. All artists dream about performing in amazing theatres and sharing their work with so many people around the world. That’s priceless. It makes us very proud.

What are your plans for the future?
We would like to build our own theatre dedicated specifically to dance. A building of our own that could last for generations and generations. Then we could continue to touch and enchant audiences forever. 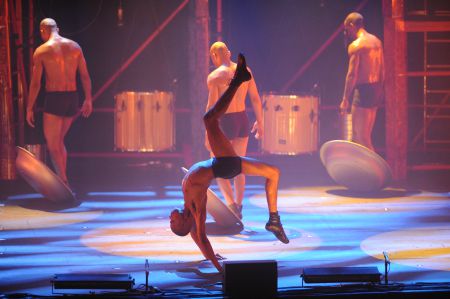 London ‘crossrail for bicycles’ announced as part of infrastructure developments