Make a short, to the point post card loaded with trivia and answers to the generic questions, as Biff Tannen from Back To The Future has done.

Tannen, who also goes by his real world name of Tom Wilson, has grown weary of Future fans quizzing him on the films and whether he’s still mates with Michael J Fox that he carries a business card with him at all time, with answers to all the questions that must have been driving him mad over the last twenty years.

Is he still friends with Michael J Fox? How did the hoverboards work? What did the manure taste like? All this and more is answered by his polite but firm card.

You can check out all of the card’s text below:

I’m Tom Wilson. I was in all three Back To The Future movies. Michael J. Fox is nice. I’m not in close contact with him. Christopher Lloyd is nice. He is a very shy man. Crispin Glover is unusual but not as unusual as he sometimes presents himself. We got along nicely. Lea Thompson is nice. Eric Stoltz originally plated Marty, but was fire due to performance issues. The first movie was shot in 1984 and ’85. The sequels were shot “back to back,” never before attempted by a movie studio. The hoverboards didn’t really fly, we were handing by wires from a crane. The manure was made of peat moss, cork, dirt and a food agent that made it sticky. The Delorean was an inferior automobile, and nearly impossible for a person of normal size like myself to enter and exit. There are many tiny plot points hidden in the movies, but I don’t know what they are. Among many improvisations on the set, I coined the term “butthead,” as well as “Make like a tree and get out of here.” The third movie was my favourite since I got to learn western skills like riding, roping, quick draw, and shooting a six-shooter, a great adventure for a guy from Philadelphia. I hold my co-workers in the best light, but have no idea what any of them are doing right now. Steven Spielberg was the executive producer of the movie, but Robert Zemeckis directed it. Nobody had any idea tht the movies would become a cultural touchstone, but the themes of friendship and adventure moved the audience so powerfully that I felt the need to create this postcard as a time-saver. It was the first movie I acted in, if you don’t count being killed in the Kung-Fu movie Ninja Turf. Love is more important than material possessions. I made less money than you think. I don’t talk abot the movies much because I’m busy with standup comedy and music performances. Those performances aren’t near the near the magnitude of the movies, but I find them enjoyable and satisfying, so that’s the area of my concentration. I’ve performed on The Tonight Show with both Johnny Carson and Jay Leno, but not at the same time. I’m pleased and proud of my acting credits, listed at www.imdb.com I’m a painter as well. You can contact me www.tomwilsonusa.com. Thank you and God bless you. 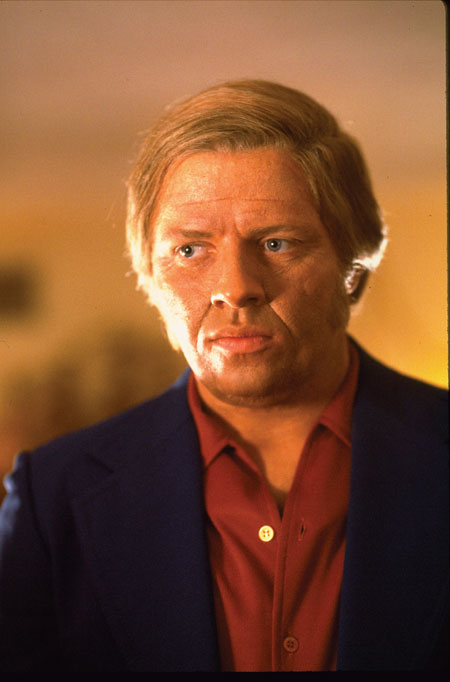