First things first, forget about London, Paris or New York. If you’re craving an all-out attack on your senses, there’s one city above all others that keeps the blows coming, 24/7, leaving you dazed, dazzled and desperate for more; that’s Tokyo. Put simply, the Japanese capital is as exciting, overwhelming and downright surreal as it gets.

I’m at the end of my week in the world’s biggest metropolitan area, thanks to an extended stop-off between Europe and Australia, and am still not entirely sure what’s hit me. I’ve not taken any drugs, and barely touched a drop of alcohol, but feel like I’ve entered an elongated state of hallucinogenic glee, my visions flitting from computer game graphics to Samurai movie motifs. 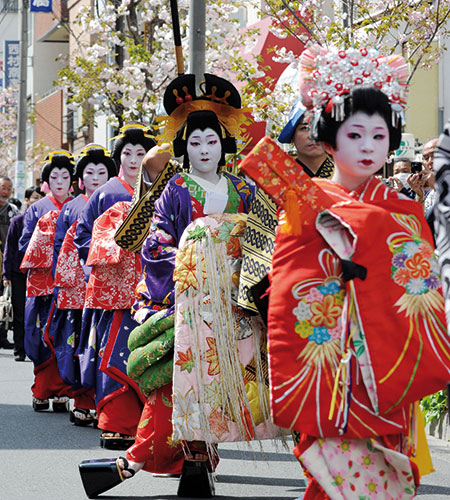 That’s not to say, however, that Tokyo doesn’t do the usual city things well. Indeed, the capital, which until as recently as 1867 was known by its original fishing village name, Edo, has a habit of finishing at the top of lists.

For example, which city has the most Michelin-starred restaurants on the planet – with over twice as many as second-placed Paris? Tokyo. Which city is home to more Fortune 500 companies than anywhere else? Tokyo. And where have The Guardian readers voted as the best city in the world to visit, three years running? That’ll be Tokyo.

Of course there’s one other league that Tokyo is famous, or infamous, for regularly topping, and that’s the one ranking the world’s most expensive cities. And it’s true, prices are high. But don’t be put off, it’s not as bad as you might fear, especially if you’re familiar with Sydney or Melbourne prices.

Most of the costs that seem excessive by international standards tend to hit the locals, such as utility bills and cars. Travellers, by comparison, don’t fare too badly, thanks to plenty of not-extortionate options when it comes to food, accommodation and getting around.

Plus, best of all, Tokyo is not a city where you tick off a list of pricey must-sees, but a place to wander around, gawp in awe and generally succumb to your jetlag-infused confusion. So here’s our guide to making the most of the madness. 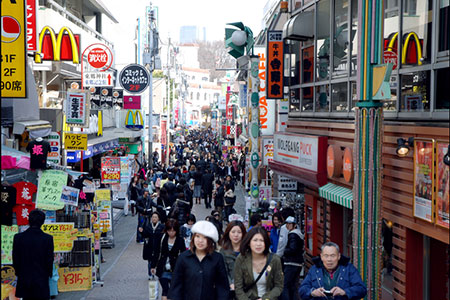 Sure, there’s no shortage of the usual you-could-be-anywhere-in-the-world hostels, but it’s worth throwing yourself in at the deep end, paying a little more (at least for a night or two) and heading to a ryokan, one of the traditional inns which travellers have for centuries been using to rest their weary heads across Japan.

Prepare for sliding paper doors, futons on the floor, ditching shoes for slippers and old-style Japanese breakfasts served on tiny tables in your room.

Be warned, though, if you’re heading to the communal baths in your Japanese robe (like the obliging tourist you are), try and avoid the large group of pissed-up local teenagers also staying there – because they will laugh at you, very loudly. While pointing (trust me). 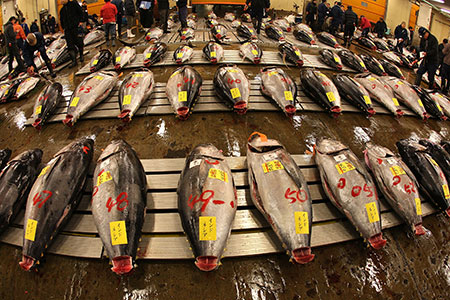 Severe jetlag on my first day means I find myself with predawn hours to fill, and so I make my way to the Tsukiji fish market, the biggest and busiest of its kind in the world where more than 2000 tonnes of seafood are sold every day. It’s supposed to be moving to a new site in 2014, with the city authorities gagging to cash in on the vast area of lucrative inner-city real estate it takes up, so I’m keen to catch it before it heads out of town.

Arriving at 4am, I’m in time to sign up for the daily tuna auctions, which kick off just after 5am, with viewing access limited to just 120 tourists a day. The auction itself is an eye-opening experience, especially considering the sleep-deprived, frazzled look of those around me. 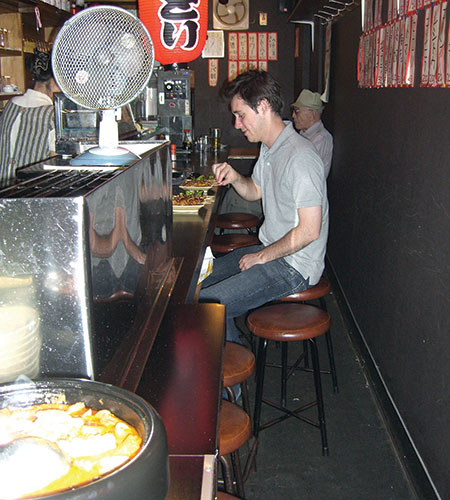 Stood in a huge warehouse, before us lie row after row of giant blue fin tuna, frozen in formation like an armoury of torpedoes being prepared for war. The bells clang and the auctioneer’s garbled shouting gets underway, interrupted now and then by the nod and a wink of a buyer, followed by the quick exchange of tens of thousands of yen, before the process is repeated for the next batch of prized sashimi-in-waiting.

After an hour or so, I wander off into the giant maze of 1000-plus stalls that make up the market, every now and then jumping sideways to avoid a high-speed forklift, or stopping, boggle-eyed, for a closer look at some of the sea monsters on display. Eventually, I find my way to the restaurant area, eager to sample some of the ultra-fresh goods for breakfast. Needless to say, I doubt I’ll ever enjoy better sushi as long as I live. 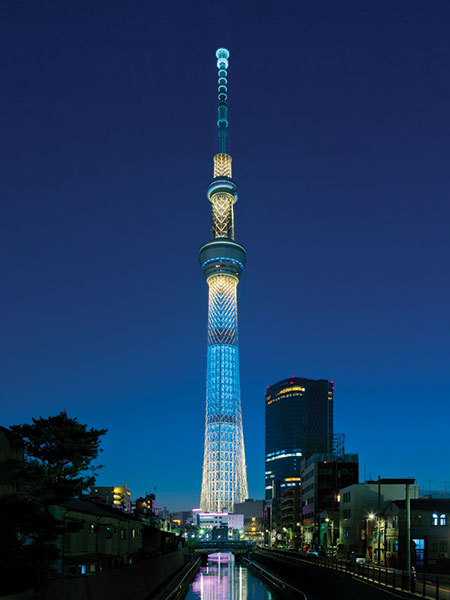 High in the sky

Emerging into daylight, accompanied by a fishy new aroma unlikely to gain me many friends, I hop back on the subway. (Luckily for me, train station signs in central Tokyo are in English as well as Japanese.)

I’m hurrying to the Tokyo Skytree, aware it’s only a matter of time before the next jetlag slump hits. Standing 634m high, the Skytree is the world’s tallest broadcasting tower and has an observation deck looking out over the Kanto area towards Mt Fuji in the distance.

It’s the perfect place to appreciate the scale of the region and its 35 million people – without being disturbed by any of that number. In fact, it’s so peaceful up here, I decide there’s no better time or place for a sky-high power-nap, and succumb to the wave of sleepiness that’s come over me.

Feeling suitably refreshed, I head back onto the streets to do what I seem to spend the best part of my week doing – wandering aimlessly among Tokyo’s central suburbs such as Ginza, Shibuya and Omotesando. The city feels endless, on a scale unlike any other metropolis you can experience. In fact, there is no obvious centre. Instead there are numerous districts, all containing a maze of streets packed with urbanites and lined with skyscrapers that rise up in a flurry of neon advertisements and massive TV screens.

There’s a noticeable lack of old buildings – surprising at first, until you realise the city has been almost totally rebuilt twice in the past century, once after a massive earthquake in 1923 and again after extensive World War II bombing in 1945. Luckily, the earthquake and nuclear crisis suffered by Japan in 2011 left the capital largely unscathed. 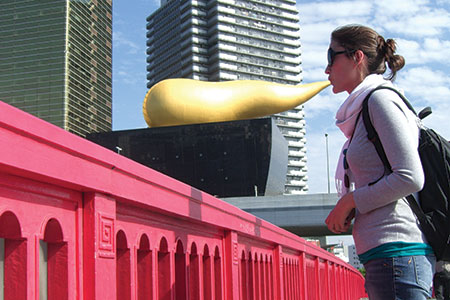 Exiting each subway can feel like entering an entirely new world and, to my Western eyes, everything seems alien. From the out-there fashions on the street to the hi-tech toys in the shops, even the smallest and most everyday things are subtly different and undeniably Japanese. It’s a place where the everyday mundanities, from crossing the road to going to the toilet (no, really), become bizarre, warped experiences.

Indeed, Tokyo’s tourist board claims the Shibuya intersection is the world’s most famous road crossing, which seems like one desperately lame boast until you’ve plodded across it yourself. There you wait, among the many hundreds of pedestrians at the giant crossroads, wondering if the lights will ever change, when suddenly the carnage descends and the army charges at you from every side, all while cartoons play out on the side of buildings and music and lights assault you from each direction.

And the toilets? Well, clearly aware that most locals are deeply uncomfortable with sharing the audible results of their straining and splashing, many of Tokyo’s public toilets come complete with a hi-tech interactive menu, letting you mask your deadly deeds with all manner of sounds, smells and sprays. How extremely civilised. 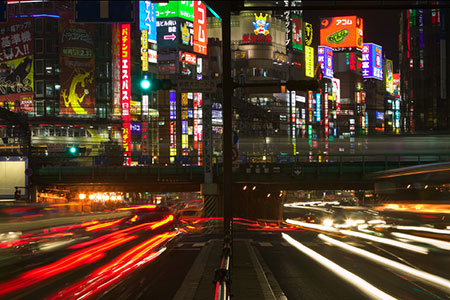 After dark I find myself exploring the streets of precincts such as Shinjuku. Tokyo comes alive at night like no other city, with its love for neon transforming whole districts into massive corridors of light reaching all the way up the skyscrapers. It feels like I’m in a cheery Blade Runner.

Every now and then I brace myself and take on the challenge of eating, at which I have wildly varying rates of success when brave enough to branch out from sushi and tempura. The one constant seems to be that I must detach my eyes and brain from my taste buds. You see, despite being a huge fan of Japanese food, once in Japan, it’s not all that simple. 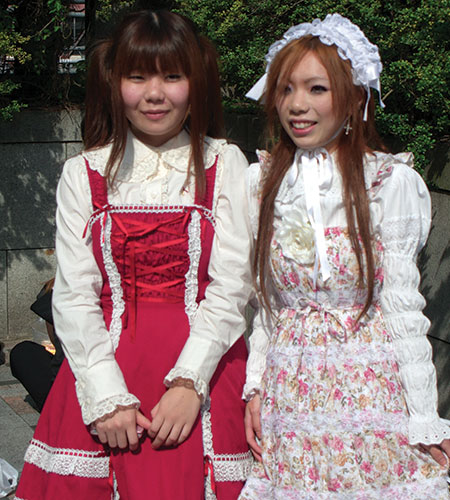 Indeed, without being familiar with most of the dishes on any menu, ordering is often a case of blindly selecting something and crossing your fingers. What I’m brought, more often than not, is a selection of slimy morsels I just can’t quite acquire a taste for. The house special they might be, but that doesn’t help with the gagging reflex.

By chance, my final day in the city is a Sunday, meaning I get to catch a particular Tokyo idiosyncrasy I’ve been eager to see – the Harajuku cosplay kids. After all, if there’s one thing Tokyo is obsessed with above all else, it’s style and, like most things in Japan, there’s always someone willing to take it to quite an unexpected extreme. In this case it’s the world’s oddest teenagers. 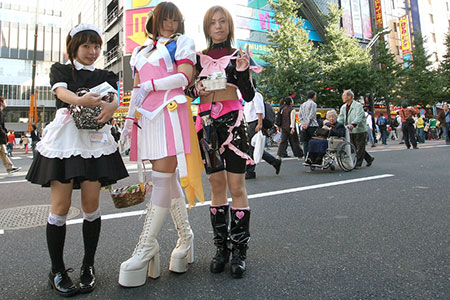 Every Sunday they get dressed up in their cosplay outfits, whether it’s a corpse bride gown or a dinosaur suit and head to Harajuku where they try to outdo each other and pose for tourists. It has to be seen to be believed and is Tokyo at it’s most surreal. This is a reason why, heading to the airport after a week of sensory overload exploring Japan’s capital, I still feel as disorientated as the moment I arrived.

When to go: Summer (June to August) is busiest. June to July can be especially wet, while August is incredibly hot. Autumn months (Sep to Nov) are cooler.

Traditional ryokan Homeikan has twin rooms, including breakfast, from £65pn.

Getting there Fly from London Heathrow to Tokyo from £1198 return with Virgin Atlantic.

4 Fintech Industry Trends That Will Improve Its Inner Workings

The Global Casino Market has Grown over the Last Years