Bigging up Brum: This is Birmingham in 48 hours

10:00 It may have induced a few sniggers when Brum was ranked on The New York Times’ top 20 holiday hot list for 2012, but with more canals than Venice, a revamped centre and growing arts scene, Britain’s second largest city has plenty to fill
a few days’ exploring.

Start at The Cube, a building built to evoke a jewellery box (and consequently the city’s jewellery heritage), and head northwest into the centre, passing pretty canals, locks and old tollhouses as you go.

11:00 Finish up at the centrepiece of Birmingham’s makeover, the Bullring, a shopping complex best known for its bizarrely designed Selfridges Building.

Said to be inspired by a Paco Rabanne sequin dress, the futuristic-looking blob is covered in 15,000 aluminium discs and cost £60m.

13:30 After grabbing a bite in the Bullring at the Handmade Burger Company, which has a menu long enough to bamboozle the most determined burger connoisseur, head over to the Jewellery Quarter for a fix of history. 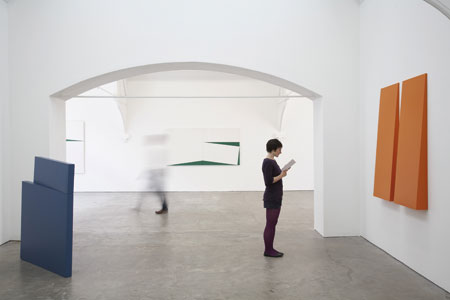 Brummie bling dates back hundreds of years – the production of precious metals began to prosper in the city around 1660 and in the 18th century, there was huge expansion in this area to accommodate the ever-growing trade.

15:00 Discover Brum’s contemporary culture at Ikon Gallery (free). Once a Victorian school, the space is now given over to avant-garde art, with a mix of disciplines for you to gawk at.

16:30 Direct yourself towards Victoria Square for the obligatory snap with Iron: Man, a sculpture by artist Antony Gormley, reminiscent of his much larger Angel Of The North near Newcastle. The iron figure’s feet are buried below ground, and it’s set at an intentionally wonky lean.

18:00 Head to the Balti Triangle for another essential taste of Brummie culture. 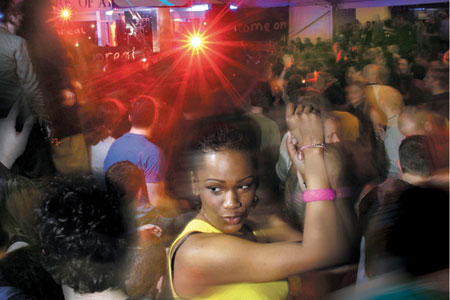 Spreading across the south of the city through Sparkbrook, Balsall Heath and Moselely, pick a likely looking joint and order the triangle’s signature dish, a Brit-ified riff on a curry. We hear Ladypool Road has the best restaurants; most are BYOB.

20:00 Hit The Rainbow to start your night. With a complex that includes bar, warehouse, courtyard and two Victorian viaducts, there’ll be something to suit your taste.

Next, salute Birmingham’s rock heritage (the city birthed Ozzy Osbourne, after all) and head upstairs in the Bull’s Head for live bands. 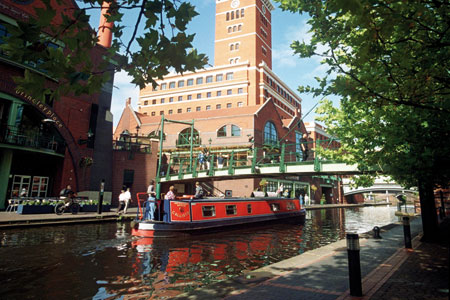 11:00 The free breakfast at Hatters Hostel (from £16pn) is available all day, so you don’t have to get out of bed too early.

Take it easy on the grey matter and make your first stop Cadbury World (from £14.75, or 2-for-1 on Thursdays if pre-booked).

Exploring the history and production of Britain’s best chocolate, try not to overdo it at the world’s biggest Cadbury shop at the end.

13:00 If you’re still hungry after all that, grab a table at the waterside for lunch at Canalside Cafe (35 Worcester Bar, Gas Street Basin, off Gas Street).

Once an 18th-century lock keeper’s cottage, it’s got more character than Brum’s myriad chain eateries and does healthy, filling fare (try the veggie soup at £3.95). 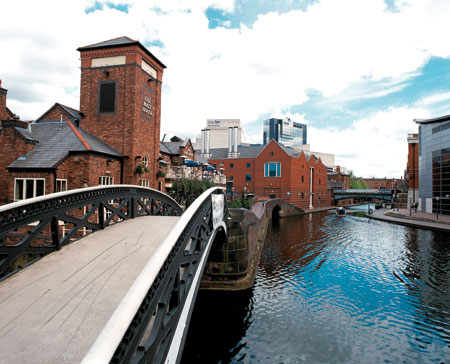 14:00 Now engage the brain at the Barber Institute of Fine Arts (free). Representing greats from the Renaissance to Impressionism (including Picasso), there’s also a good selection of Brit work from the likes of Turner.

16:00 Still going strong? Then try the Birmingham Tolkien Bus Tour (£10), which takes you to parts of the city said to have inspired The Lord Of The Rings (Tolkien spent his early years in Birmingham).

18:30 Bid goodbye to Brum’s curry scene at Bollywood singer Asha Bhosle’s imaginatively named Asha’s. Though a chain, this is the only UK outlet.

The dal makhni here is the most sinfully buttery dollop of deliciousness we’ve ever been naughty enough to nibble. Mains from about £11-16.

Single tickets from London Euston to Birmingham New Street can cost as little as £10 if booked in advance c2c-online.co.uk

Let’s meet where the continents meet…