The Guardian reports that is has requested, and been refused, papers from the British Racehorse Authority (BHA) that would show if the Peter Moody-trained star was ever treated with anabolic steroids.

Steroid use in horses is legal in Australia, but they can’t be in the horse’s blood when tested on race day.

The BHA’s refusal to release the documents is a bad look for the beloved unbeaten winner of 25 races before she was recently retired and won at Royal Ascot last year despite reportedly carrying an injury. 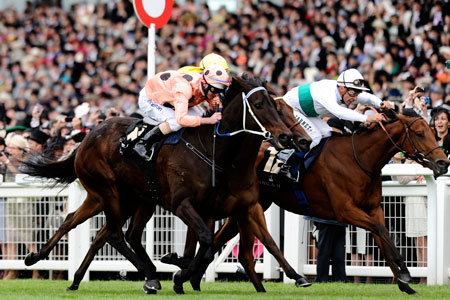 The affair casts a shadow on Australian horses competing in the UK, where as in the Zarooni case all anabolic steroid use is banned.

As it stands, overseas trainers have to sign a form to confirm their horse has never been given such drugs and subjected to pre-race testing.

Will Lambe, the BHA’s head of external affairs, told The Guardian: “We don’t comment on individual cases or details of our dope-testing programme unless the matter warrants a disciplinary hearing.

“There is no evidence to suggest that horses trained from outside Britain competing in this country have done so with the benefit of anabolic steroids.

“ There has been no positive for anabolic steroids. If there was one, the horse in question would be barred from running in the race for which it was entered.”

How Champions Overcome Their Biggest Insecurities