Black Death revisited: Weekend in rural Eyam where the history of the “plague village” lives on

And yet here I am, licking whipped cream off a spoon, just minutes after perusing a collection of rusty medieval scalpels.

This might not be a typical day out, but, as I’m quickly discovering, there’s nothing ordinary about Eyam.

Driving into this peaceful village, the cheerful house fronts give me no clues about its grim past – Eyam is surrounded by arguably the most stunning scenery in northern England.

Mountain bikers pedal their way around Hope Valley, climbers challenge themselves on the craggy Windgather Rocks and walkers happily wear out their hiking boots on the Whinstone Lee Tor in between stops for ale and giant scones. 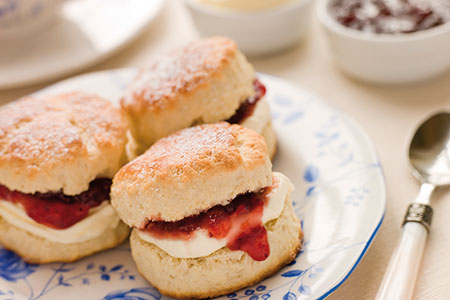 The region is a magnet for energetic travellers, but these wholesome pursuits aren’t the reason I’m in Eyam today.

The village is best known for quarantining itself during the early days of the Great Plague, the last of England’s major outbreaks of bubonic plague.

This notorious illness gave its victims agonising, apple-sized swellings all over their bodies, fever, fits and even gangrene, before killing them off in their thousands.

It was spread by fleas hitching a ride on black rats.

And while most of northern England avoided the Black Death that ravaged London, a tragic twist of fate brought the sickness right into the heart of Eyam.

The village tailor had ordered rolls of cloth from London and disease carrying fleas were lurking in the material.

As soon as it was unpacked, bubonic plague was unleashed on the small town. 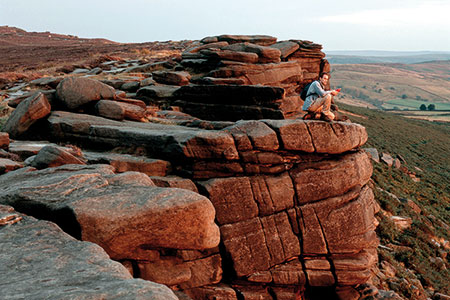 I find it hard not to flinch at some of the unsettling displays: leech-carrying boxes, glinting scalpels, and the pièce de résistance, a 17th-century plague protection outfit with a long beak.

Even if it didn’t keep you plague-free,this elaborate cloak would certainly have given your fellow villagers a scare.

No pustule is left unexamined in this historic building, and every gruesome cure is relayed in detail.

One remedy urges plague victims to drink herb-infused water while a dog lies on their chest; another cure recommends doing unspeakable things to a pigeon.

The villagers were no better off for these efforts, and I suspect the pigeons didn’t fare well either.

Digging deeper into Eyam’s ghastly past, I tour the plague graves and historic buildings. 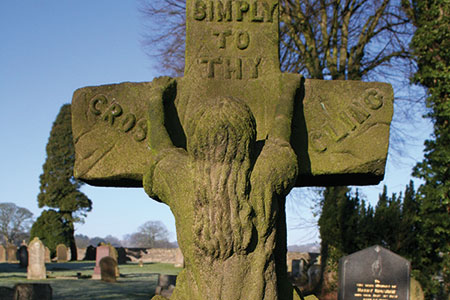 Beige brick houses with roses creeping up their walls initially evoke a picture-perfect English village, but as I’m getting used to in Eyam, there’s more beneath the surface.

A closer look reveals sombre signs in front of each house, relaying tragic histories. Villagers had bravely stayed within Eyam’s boundaries, determined not to spread the contagion, watching helplessly as their families and friends succumbed to the plague.

Kindly folk from nearby towns brought food packages to the border of Eyam and, in exchange, the people of Eyam left payment in a trough of vinegar, hoping to disinfect the coins.

A walking tour shows me exactly where this happened, plus plenty of other historic gems.

I take time to check out the stocks, where medieval punishments would have been doled out, and the stately Eyam Hall (eyamhall.co.uk), which is rumoured to be haunted by a ghostly servant girl.

Eyam’s overgrown churchyard would be picturesque anywhere else, but the tomb of Catherine Mompesson, a prominent villager who tended to Eyam’s sick until her own grim end, makes a mournful silhouette in the grounds.

With twilight approaching and shadows starting to loom, I’m ready to hotfoot it out of the graveyard.

The Peak District has terrain to challenge adrenaline junkies, fantastic food and great views – but if you’re hungry for somewhere truly unique, head to Eyam. And remember: squeamish travellers need not apply. 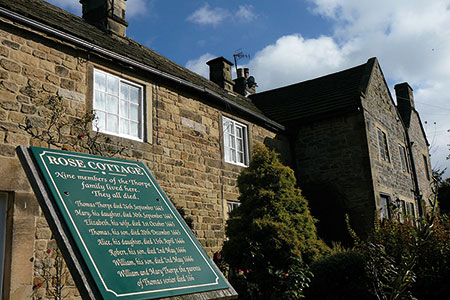 Gorge yourself silly on gigantic baked potatoes, slabs of home-baked cake and hot chocolate swirled with fresh cream at The Buttery. Beers from £2.80, meals from £5.25.  eyamhall.co.uk

The Poachers Arms is a gourmet gem of an inn serving Brit favourites such as pie and gammon. Sunday lunch costs £8.95.  poachersarms.co.uk

Hikers and newcomers will find a warm welcome at The Bulls Head Inn, not to mention a great range of cask ales. Drinks from £3.50. thebullatfoolow.co.uk

Kick back inside the rustic walls of The Castle for golden local ales or simply to snuggle by the log fire after a day of hiking and biking. Drinks from about £3.30  vintageinn.co.uk

Staying in a Victorian gothic mansion needn’t bust your budget. Bag a bed in the YHA Hostel for the price of a few pints. Dorm beds from £10.  yha.org.uk

The small and cosy Peaks Inn is the perfect place to doze off in a comfy king-sized bed. Bliss after an adrenaline-fuelled day hiking. Doubles from £70.   peaksinn.com

Travel by rail from London St Pancras to Grindleford for £133 return.

Then take a taxi to Eyam for about £15. thetrainline.com

In a while Crocodile