Blowhard Botham too keen to let England off the hook

It’s nothing new for an English cricket team to return from the subcontinent with major question marks over their performances and a few players under pressure. But, according to Ian Botham, the team’s recent struggles against Pakistan and Sri Lanka are no cause for concern. Move on, people. Nothing to see here.

Despite England being completely bamboozled against Pakistan and then having to fight back to draw the series against Sri Lanka, Botham was emboldened to declare that England’s status as Test cricket’s top dog is under no threat at all. 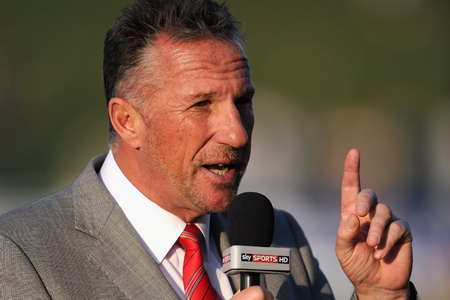 “England are a good team. I don’t know what went wrong in the first part of the winter. It was really weird, all of that,” Botham said unconvincingly. “But they are still number one and I think they are going to stay at number one for quite a while now.”

Things may get a whole lot weirder for Botham when South Africa arrive in England in July for Test cricket’s heavyweight title fight. Sure, they’ll dish out a hiding to the West Indies before then but Botham might pause to consider that the Proteas have lost just one series in nearly six years. In light of that, his bullishness is entirely misplaced.

Equally bewildering is his blinkered defence of captain Andrew Strauss, for the runs have well and truly dried up. Botham, however, insists, “Strauss is good enough to carry on for another couple of years. He deserves to.”

Sorry, Beefy, but that’s bullshit. Strauss has been a wonderful captain but deserves to be in the team only for as long as his performances with the bat justify it. And it’s an increasingly hard sell at the moment. If England try to carry him indefinitely, they won’t be number one much longer, no matter how deep Botham sticks his head in the sand.

Trouble in paradise: Is this the most sexist in-flight video ever made?

The West End Men in Concert – review: Vaudeville, the Strand