Bowen, who served as former prime minister Hawke’s deputy between 1983 and 1990, died on April 1 after a battle with pneumonia and Alzheimer’s. He was 89.

In his eulogy, at the service at St Mary’s Cathedral in Sydney, Hawke described Bowen as a “remarkable man” with “intrinsic talents”. 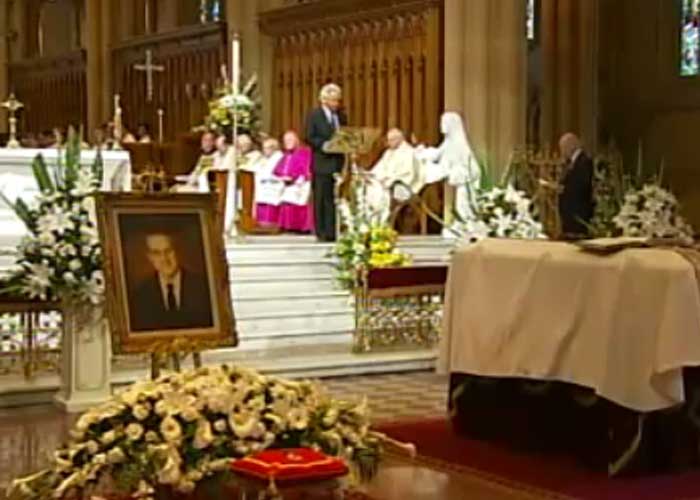 “I believe few words are as ill-used in the English than the word ‘unique’.

“But I have no hesitation in applying the word unique to Lionel Bowen.”

Immigration minister Chris Bowen went to the funeral on behalf of prime minister Julia Gillard who was unwell. 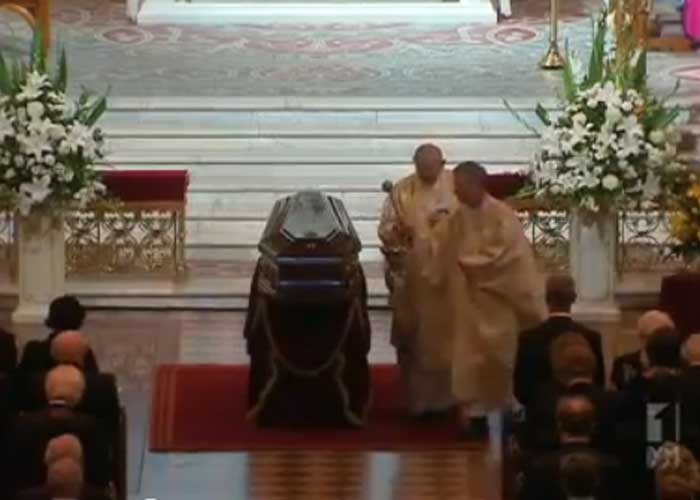 The service was led by head of the catholic church in Australia, Cardinal George Pell.

Bowen served at all three levels of government over a 42-year career, starting in local and state politics before moving to federal parliament in 1969, where he was a senior minister in the Whitlam and Hawke governments.