That’s long changed, though, meaning Australia and New Zealand produce some of the tastiest drops going. So, during your next trip, make an effort to see where the magic happens.

Whatever your tipple, wherever you’re based, there are tours taking you out to the site of production and giving you an insight into how those charged with filling the bottles go about their craft. And, of course, you’ll get plenty of opportunities to sample the produce along the way.

From Sydney, you can head north to the Hunter Valley or, from Melbourne, head east to the Yarra Valley. These are Australia’s two biggest wine-producing regions and make for sprawling, picturesque vistas which are perfect locations to watch the sun go down with a glass in hand.

Of course, if you’re not into the vino, Australia’s boutique beer scene is booming – and the Cooper’s plant, in the suburbs of Adelaide, is one of the best-known old-school ales going. It’s a venerable family business, where they’ve been making their beer the same way for generations, so make the most of your chance to peak behind the curtain.

If you prefer the stronger stuff, then head to Queensland, to the Bundaberg region, which gives its name to Australia’s favourite brand of rum – as well as the advertising campaign that first conceived the drop bear.

Or, if you’re thristy enough to leave Australian shores altogether, make the trip across the Tasman to New Zealand, which is currently the toast of wine-lovers the world over. If you’re on the North Island, then Hawke’s Bay is bursting with winery tours, and the same goes for Central Otago down south. Don’t worry – if you’re just rattling around in between, you’ll still be able to find something.

TNT’s favourite drop of the moment is at 4 Pines Brewery in Manly. If you haven’t checked out their beer, do it now. But steer clear of the Space Beer, unless, of course, you actually are hanging out in the outer stratosphere.

If you head 90 kilometres east of Melbourne, you’ll find yourself in the leafy, rolling space of the Yarra Valley, home to the best wineries in Victoria and, indeed, Australia.

The area specialises in cooler climate wines and is best-known for it pinot noir and chardonnay but it’s also begun to develop a reputation for its sparklings.

And you don’t have to spend all your time boozing – if you fancy peeling yourself away from the vineyards, checking out the harness and thoroughbred racing nearby.

Equally, if you’re keen to keep drinking but have had enough of the vino, there is a worthwhile selection of microbreweries in this neck of the woods as well. You’ll find a stack of tours operating out of Melbourne if you’re keen to make a day of it.

Australia’s best-known boutique craft beer comes in a few different varieties – you’ve probably seen sparkling, pale, dark and stout in pubs – and if you’re in Adelaide you can take a tour of their brewery in the suburb of Regency Park.

Cooper’s is now the largest Australian-owned brewery and this year marks their 150th birthday, so it’s a good time to pay them a visit. The style of Cooper’s beer is still a bit like what you’d be able to make with a home brew kit – granted, Cooper’s is actually drinkable whereas your homemade batch would probably be disastrous – and that’s why you should always roll a bottle of Cooper’s so you get the added goodness of the sediment.

That’s the mark of an Aussie barman worth his salt.

Bundaberg rum has undergone a bit of a rebranding of late, with the aim of reminding people that there’s more to Bundaberg than the standard, sweet rum that you find in pubs and gets marketed by its friendly polar bear mascot.

If you take a tour of the facility in Bundaberg, first established because there were so many molasses left over from the nearby sugar mills – you’ll be tasting the top-shelf stuff, some of which has been aged for eight or ten years.

You don’t have to stick to the stock-standard rum and cokes, which is a bit old-hat, really. Instead, you can get your snout into those delciiously aged rums which go perfectly in various rum-based cocktails. Bundaberg is about four hours north of Brisbane, so perfect for a road-trip.

Close to the Melbourne CBD, the Carlton Brewhouse at Abbotsford is a modern, open plan function space.

The Carlton Brewery tour gives you an insight into the history and tradition of beer brewing in Australia, the art of brewing, and a towering view of the plant’s finest brewing technology. You’ll experience some of Australia’s finest beers, such as Carlton Draught, VB, Pure Blonde and Fosters.

No tour is complete without a few tastings afterwards and you won’t be disappointed with this one.

A blackboard explaining the genetics and stats of each beer hangs over the bar and the timber tables give a rustic feel to the joint. The candles in big class holders on each table give the room an intimate feeling while the functional space is a minimalists dream.

This place can get quite busy so make sure you come early to find a spot on a comfy banquette or along the bar. The “Handcrafted beer brewed naturally” is just what you’re looking for on a hot summer’s day, so if you don’t mind stairs, you’ll love this! 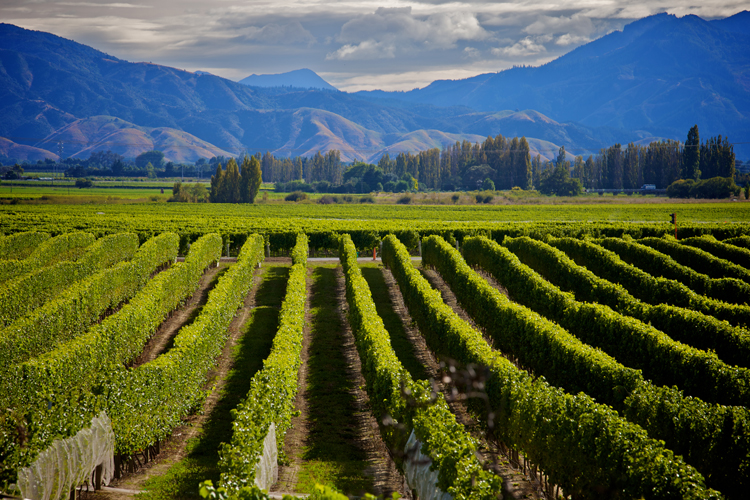 The most southerly wine-making region in the world is renowned for its pinot noir, which accounts for 70 per cent of the grapes planted in Central Otago.

If you’re heading over from Queenstown – maybe you need a drink to calm your nerves after overdosing on adrenaline – then your best bet is to take in the Gibbston, Cromwell and Bannockburn sub-regions.

It’s all pretty close together but it’s hard to overstate how fashionable this part of the world has become among connoisseurs – in the race to anoint the most trendy New World regions, critics have been falling over themselves for the pinots coming out the South Island, gushing about the elegance of product that has made it one of the world’s most popular emerging regions. 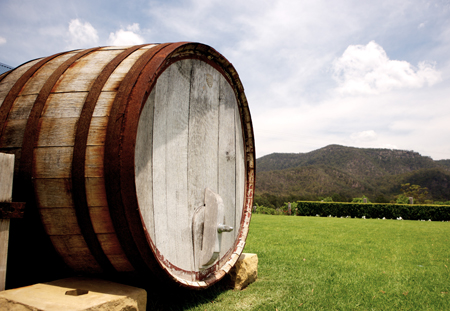 It’s about 120km north of Sydney, taking in Newcastle and Lake Macquarie – the tributaries of the Hunter River are spectacular places to go for a stroll or do a spot of fishing but it’s the wine that brings the tourists in by the busload.

The wine-making industry is based further inland from Newcastle, with the town of Pokolbin at its centre. The Hunter is one of Australia’s hottest and wettest wine regions and has a fair bit in common with California’s Napa Valley. Mostly, the Hunter is known for producing chardonnay and semillon among the white grapes and, for reds, shiraz and cabernet sauvignons.

Hunter Valley shiraz, in particular, has a distinctive flavour, likened to a “sweaty saddle”. Don’t let that put you off. Perfect for a weekend away.

There are more than 70 wineries in Hawke’s Bay, which takes in Napier and Hastings on the west coast of the North Island. Chardonnay and the Cabernet Sauvignon blends from Hawke’s Bay are clear leaders in the New Zealand wine industry.

It has a relatively dry climate with the rugged Kaweka and Ruahine Ranges offering good protection from moisture carried by the prevailing westerly winds. The wide range of soil types in the region offer Hawke’s Bay another prime viticultural asset.

The first vines were planted in the late 19th century by missionaries and the region now produced some of New Zealand’s best wines. Some of the best-known include Mission Estate, Craggy Range and Sileni – the latter carving out a niche as hotspot for fine dining. 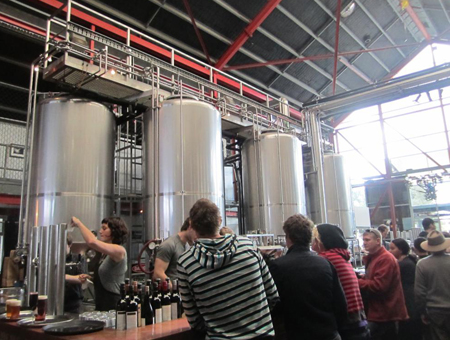 Drinkers in Australia have more variety than ever more, thanks mostly to the booming demand for beers from micro-breweries. And Little Creatures, which was found in Fremantle – which is the grittier, portside part of Perth – in 2000, is the biggest success story of the lot, having scooped tons of awards with its wildly popular pale ale.

In case you’re wondering, the name of the beer comes from a Talking Heads album and refers to the yeast cells in beer, which turn the malty sugars into alcohol. There you go. And, if that’s not enough to fascinate you, the building that houses the brewery was once a boat shed and crocodile farm.

They also do a cheeky pilsener, a bright ale and a cider, so there’s something for everyone.

For a long time, Mudgee in New South Wales has found itself rather under represented as a wine producing region, never raised in the same sentence as South Australia’s Barossa or WA’s Margaret River, but one man is looking to change that. Armed with nearly 15 years in the industry, Ernest Schuetz purchased a vineyard in 2003 and since then hasn’t looked back.

Of his flagship Reserve range the rich, textured flavours of the Black Shiraz stand in stark contrast to any other Australian Shiraz. Velvety and smooth with hints of stone fruit and chocolate notes this cool climate Shiraz retains all the body of a big South Australian Shiraz with none of the hot tannins. The Reserve Chardonnay is the pick of his whites, only lightly oaked and with a buttery, rich taste.