Boris Johnson on Australians in the UK: ‘The Aussies are just like us, so let’s stop kicking them out’

Writing for The Telegraph, Johnson launched a lengthy and passionate defence of Aussies and their plight with UK Border Agency immigration issues.

“We British are more deeply connected with the Australians – culturally and emotionally – than with any other country on earth,” said Johnson.

The mayor, who is hotly tipped to become the next leader of the Tory party, recalled a story about an Australian teacher working in London’s Tower Hamlets named Sally Roycroft who was told to leave the UK, calling her situation “disgraceful” and that he was “infuriated” with Roycroft’s predicament.

“She is Australian; and she has been told to bog off by the authorities in our country because it was, they said, too much of a palaver to go through the business of ‘sponsoring’ her to stay.”

“It would be good for the UK, where skilled people like Sally would no longer face an absurd discrimination.” Johnson suggested in the column.

“It would be good for Australia, where the unspoken reality is that Australians are actually quite keen to encourage more immigration from Britain, and it would be a small but practical way of intensifying British links with the growing economy of Oceania.

“It would be an assertion that we are no longer thinking of ourselves as little Europeans, run by Brussels, but as a country with a truly global perspective.

“I suppose there might be some objection from the EU – but they should be told firmly to stuff it.”

Johnson said that Britain had “betrayed our relationships with Commonwealth countries such as Australia and New Zealand” by entering into preferential agreements with the Europe and the former EEC. 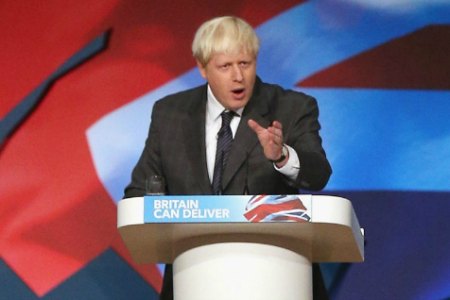 The opinion column was also published in The Sydney Morning Herald. Johnson is Down Under for a visit promote his book at the Melbourne Writers Festival and last week visited Crocosaurus Cove in Darwin, where he kissed George the royal baby crocodile.

TNT Multimedia’s Group Editor Carol Driver said: “TNT strongly agrees with mayor Boris Johnson’s call – it must be made easier for hard-working Australians to visit and live in the UK.

“It is ludicrous that while Europeans can easily enter and stay in the UK, our Aussie counterparts are being penalised.

“Through our UKBA Balls-up campaign we have highlighted the plight of many Aussies who find themselves caught in red tape, meaning their lives are put on hold.

“Let’s hope Boris’s words resonate with the PM and Home Secretary – and that these overdue changes are made to benefit the UK and our bilateral relationship with Australia.”

Should Boris Johnson really woo Australia at the expense of the EU? asks @p_totaro http://t.co/RIeByGZMbe

Nodding along in agreement with Boris…I was one of those essentially ‘kicked out’ http://t.co/53hXtH5v3Q

Great piece by Boris Johnson. Time for the #UK to look beyond the #EU. #Commonwealth http://t.co/WozH5pd4XU

It’s disgraceful that teachers from Down Under don’t get the same rights as the French, says Boris Johnson http://t.co/jb1krm6bHB

Boris calls for an end to immigration controls – for that’s the logical conclusion of what he’s saying here: http://t.co/qMI4dm5gFH

Should Boris Johnson really woo Australia at the expense of the EU? asks @p_totaro http://t.co/RIeByGZMbe

Model Poonam Pandey to strip for India in Paris