Celebrate the release of the new Brighton Rock adaptation with a retro-style weekend in Brighton.

In cinemas on February 6, the latest film adaptation of Graham Greene’s novel Brighton Rock throws the action forwards 30 years to the 1960s, focussing on a period when the seaside town was in the headlines for the infamous clashes between the Mods and Rockers. Many scenes were shot in Brighton in locations including the Marine Parade and the Royal Pavilion. We show you how to take a retro-style weekend break in Brighton to celebrate all things vintage. 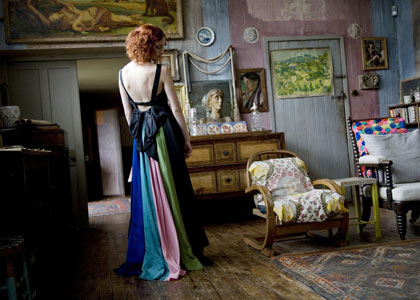 Fashionistas with a taste for vintage gladrads should head to Brighton’s North Laine shopping area to browse boutiques like Beyond Retro, Jump the Gun, Hope & Harlequin and Laste Footwear. If you fancy decking out your home with second-hand bits and bobs, check out Snooper’s Paradise, Papillon, MODern art gallery, and second-hand stores in the Kemp Town area of the city. 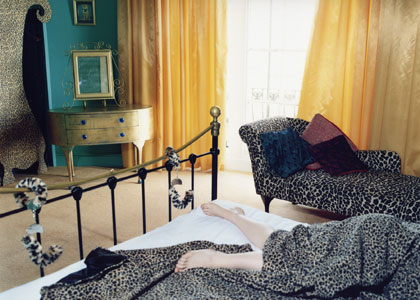 Get the 60s vibe by crashing at one of the Brighton’s super cool boutique hotels. Snooze (snoozebrighton.com) offers seven uniquely styled rooms, some of which are chock-full of vintage-inspired furniture: think circular beds, leopard print throws, red leather club chairs and shagpile carpets; it’s all very Austin Powers. One of the rooms is described as ‘antique chic’ thanks to its hotch-potch of vintage patterns and pieces from different decades. Another has retro loungers and trippy 60s orange and yellow wallpaper. Meanwhile, hip design pad, Hotel Pelirocco offer funky themed rooms inspired by pop culture. One sexy boudoir is dedicated to 50s bomshell Betty Page, while the Pin Up Parlour is devoted to sex siren Diana Dors. If you have cash to splash, spend the night at ultra plush myhotel Brighton or Kemp Townhouse which both offer a subtle hint of retro chic.

Visit movie locations that made a starring role in Brighton Rock with a fact-filled walking tour. Call 07941 256148 or email julian@brightoncitywalks.com. Also worth checking out is the new MODern World Art Gallery, dedicated to the Mods who still flock to Brighton on scooters on weekends and bank holidays. Discover portraits of the era’s icons painted by local artists, limited edition memorabilia and framed photos. See modernworldgallery.com.

It’s a menu your granny would go mad for: finger sandwiches, scones and high teas at The Tea Cosy (theteacosy.co.uk), an eccentric tea room, known for its Royal family memorabilia. Choose from the Queen Mother’s cream tea or William & Harry’s Tea. Mobile phones are banned here and when the National Anthem is played, diners have to stand to attention. In Kemp Town, head to 1930s Parisian-style tea shop, Metrodeco, flush with art deco furniture and offering 18 blends of fine tea and gorgeous cakes.

Pembrokeshire, Wales
Out in cinemas last May, Russell Crowe’s swashbuckler Robin Hood was filmed in Pembrokeshire, an area of outstanding natural beauty with its gorgeous bays and sandy beaches. A spectacular battle scene was shot in front of gushing waves at Freshwater West in Pembrokeshire.
Star attractions: Hop on a high- speedboat to Ramsay Island to encounter a spectrum of sea birds and marine mammals, or battle the waves and enjoy some surfing!

Liverpool, England
Uplifting chronicle of John Lennon’s childhood Nowhere Boy (released on DVD in May 2010), was set in 1950s Liverpool. The city’s Albert Docks also provided the backdrop for Guy Ritchie’s Sherlock Holmes.
Star attractions: Albert Dock is the place to soak up Liverpool’s history from the arrival of escaped slaves to The Beatles. Start your tour at the docks and hop on board The Magical Mystery Tour to visit Beatle landmarks.

Cornwall, England
Tim Burton’s flick Alice in Wonderland was filmed in Cornwall’s 18th century Anthony House and National Trust Gardens.
Star attractions: Cornwall is flush with surfable beaches, quaint villages and ancient castles. The Eden Project is worth a visit for its multi-domed greenhouses that shelter plant life from around the world.