Murray, the misguided band manager from Flight Of The Conchords, also known by his real-world name Rhys Darby, hits London with his first UK headline tour. Adapted from his surreal (semi) autobiography, this tells of Darby’s life as viewed from an escaping spaceship – for VIPs – come the end of the world. Of course.

Famed photographer and Londoner David Bailey presents this collection of photos of the East End in all its glory over the years. It examines the organised-crime days of the Sixties and the dilapidation of the Eighties through to the area’s rejuvenation as one of the capital’s hippest areas and, now, home to the Olympics. 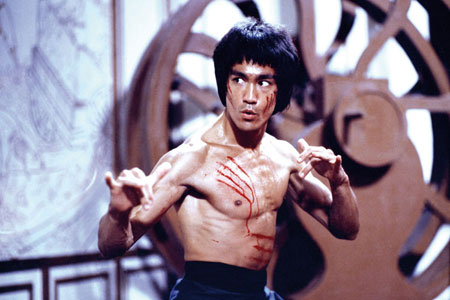 Film: I Am Bruce Lee

He was “the Elvis of martial arts,” according to actor and former boxer Mickey Rourke, just one of the many random talking heads in this doco.

A martial artist first and foremost, but also a philosopher, Hollywood star and, not to mention, Hong Kong’s 1965 cha-cha champion, Lee was the man to give Chinese men balls, as one puts it here, yet Pete McCormack’s (2009’s Facing Ali) effort is more about Lee’s legacy than being a thorough biography.

Rather than the codename for some obscure, royal-themed special forces op, this is a documentary about oddball artist Andrew Kötting and writer/ psychogeographer Iain Sinclair, who decided to travel 160 miles from Hastings to Hackney on a pedalo shaped like a swan. Recounting their adventures, this is the most peculiar film to hit screens this week / ever.

On general release from July 20 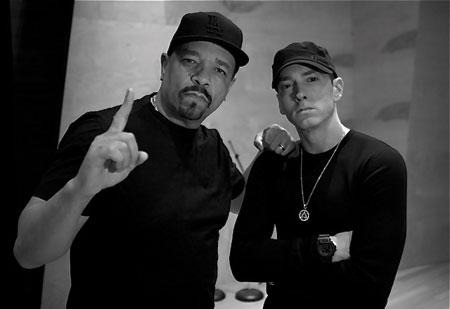 Film: The Art Of Rap

Rapper and former FBI scourge Ice T (above, with Eminem) tells a coast-to-coast tale of rap, from its roots through its Eighties and Nineties heyday and journey to mainstream acclaim.

It covers the misogyny, those seeking to cast it as a cultural fall guy and the uptake by the white middle class. The European premiere is complemented with a London show featuring Ice T and Public Enemy’s Chuck D on Jul 19.

On general release from July 20

Under the direction of Edward Hall, all-male touring theatre company Propeller tackles this, and Henry V, with speed, clarity and invention. Its take on the Bard’s comedic romance has a lot going for it, especially when it leaves the formal King Leontes and the mood softens, but it is the latter production that impresses most. 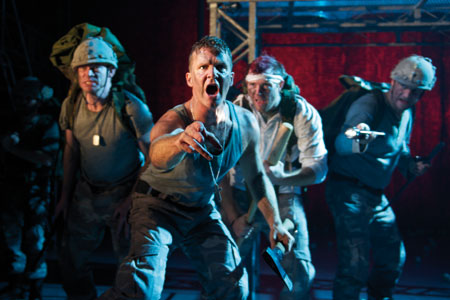 This second Shakespeare offering, with its testosterone-fuelled soldiers in battle-stained combats acting as participants and chorus, is a different affair. They sing and chant as they follow their king into battle against the French. It’s a vibrant and powerful, capturing the rowdiness, camaraderie and sad waste of war.