Burlesque in Paris – where to watch or learn

Paris is the home of burlesque. The penchant for scantily-clad beauties parading in lingerie began in Paris’s cabaret venues more than 100 years ago.

At the peak of Parisienne bohemian splendour in the 19th century, the opulent tableaux vivants (living pictures) at the Moulin Rouge gave way to the lavish theatrical Grande Revues at the music hall Casino de Paris, which still stands at Rue De Clichy, and Folies Bergere, at Rue Richer.

These shows were the height of risqué, where you could see courtesans perform in negligible lingerie, and became the scandal of the world.

By WWII, many of the theatres had been closed, but in the post-war era Paris did have one glamorous HQ: The Crazy Horse Saloon.

The Crazy Horse still stands with a regular “nude revue”, and you’ll still see costumes covered with feathers and crystals at the Moulin Rouge and other authentic venues, such as Lido. 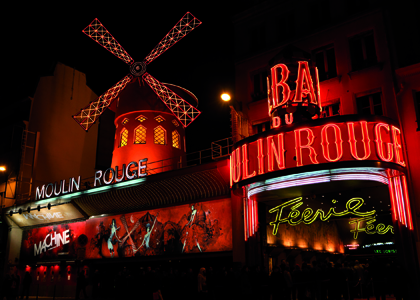 The other venue that exudes the trappings of the golden age of burlesque is Maxim’s.

Sited on the rue Royale, the legendary restaurant is famed for its art nouveau interior décor and over the years has attracted a slew of dignitaries and celebrities, from Edward VII to John Travolta.

If your budget doesn’t stretch to a visit to Maxim’s, the winding narrow streets of Montmartre still hold the same charm as they did 150 years ago. There are still cobblestones, the original streetlamps and kiosks advertising shows.

You’ll come across the dining houses of the courtesans who played at the Moulin Rouge, Casino de Paris and Folies Berger and, in the bathrooms of Lapérouse restaurant you can still see scratches on the mirror left by women testing the authenticity of diamonds that were offered to them as payment.

Seeing all the sights and smells of a bygone Paris inspires a taste for bygone times. The flea markets of Porte de Clignancourt hold some great bargains in vintage clothing, while the Paris burlesque set favour boutique Bastien De Almeida (bastiendealmeida.com). 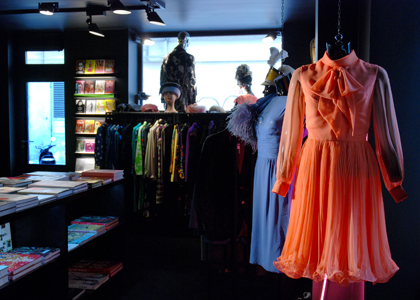 If you fancy learning the seductive theatrics of burlesque, Paris has a school dedicated to the craft, run by Gentry De Paris, called École Supérieure de Burlesque.

WHEN TO GO: Paris is worth visiting all-year round, but go in summer to bathe in the beaches of the Seine.
GETTING THERE: Eurostar (eurostar.co.uk) travels from London St Pancras to Paris in two hours. Fly with budget airline Jet2.com, from £45 return, or Air France (airfrance.co.uk) from £95 return.
GETTING AROUND: The underground metro system is fast and effective.
VISAS: South Africans need a Schengen visa.
CURRENCY: Euro. 1 GBP = 1.18 Euro.
LANGUAGE: French.
GOING OUT: Half a pint is £3.
ACCOMMODATION: One night in a hostel starts at £15, hotels start at £70, or about £80 to stay in vintage era Hotel Aviatic (aviatichotel.com).
GET MORE INFO AT: en.parisinfo.com