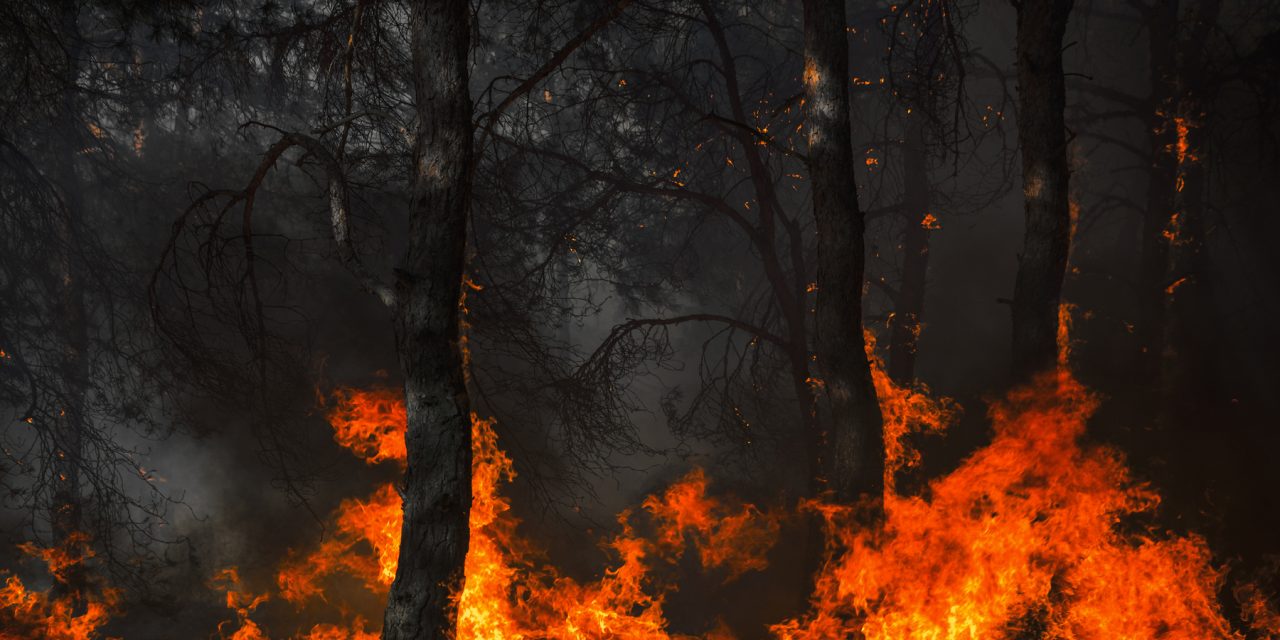 When a forest fire struck a French campsite, Aurelie Doizelet had to run for her life. In summer 2003, everyone in France had only one obsession – searching for some shade. Indeed, the most amazing heat struck Europe, causing thousands of deaths. In southern France, the weather reached record temperatures of 45Â° in the shade. By the end of the first fortnight of August, the scorching sun had killed 15,000 (mainly elderly) people. But that summer, the phenomenon threatened a lot of human lives in a more direct way – a way my boyfriend and I would experience personally. Didier and I decided to escape the suffocating heat of Nice and spend a few days in the Var, in a campsite close to St Maxime. It was located in a stunning pine forest in the Massif des Maures and we were having a great time between the swimming pool, the ping pong table, the petanque games and the naps in the hammocks. But suddenly, heaven became hell when we woke up one morning to the smell of burning.

Chased by the flames

Our fears were confirmed by the campsite managers, who organised an emergency briefing. Huge fires had started the day before and were devastating the forest a few kilometres away. The managers assured us there was “nothing to worry about” and said campers should “keep enjoying their holidays as the firemen were handling the situation”. From then on, every TV and radio in the campsite was on all day as a precaution. We could see the smoke and sometimes flames emerging from the top of the pines a few kilometres away but we were confident the firemen would overcome the fire. By the end of the morning, a lot of people had left the campsite for the beach like any other day. After checking with the managers that there was no danger, we decided to stay in as we were very tired after a party from the previous night. Unfortunately, the managers were wrong. The situation was already critical. In the middle of the afternoon, the local authorities suddenly ordered an emergency evacuation of the campsite. Everyone started to quietly pack up their things when suddenly a group of firefighters stormed in, telling us all to run away immediately. The fire was now a few metres away. The flames were emerging from behind the hills while smoke and flying ashes surrounded us. It all happened so quickly! Didier and I stared at each other with fear. We had no time to think. We held hands and ran away as fast as we could through the smoke and the shouts, followed by about 30 other campers and staff from the campsite. Around us, it was chaos. The crackle of the flames was deafening. The firemen behind us were shouting to run faster. I dared to have a quick look back. We were being chased by huge flames which evaporated the water from the fire hoses.

Suddenly, we met another group of firemen who shouted at us to go back. Behind us, the firefighters from the campsite shouted back that it was impossible. We were surrounded by flames. A young fireman patted me on the back and thrust out a fire blanket. The last thing I remember is feeling an intense and suffocating heat just before the helicopters dropped a heavy mass of water and foam all over us… Blackout! Later the same day I woke up in hospital. Didier was smiling at me. We had second degree burns and we were dehydrated but… ALIVE! Like most of the campers we had collapsed because of the heat, the fear and the pressure of heavy water falling on us. I couldn’t remember how we got out of hell. Fortunately, nobody was seriously injured. That wasn’t the case for the Massif des Maures forest, where fauna and flora were devastated by the flames. We went back to the campsite a few days later. There was nothing left except an apocalyptic landscape cover of ashes and dead bodies of animals. WIN Send us a travel tale (preferably about Oz) and if it’s published you’ll win a $300 travel voucher redeemable on Oz Experience passes, ATA NT camping trips and with Wayward Bus. Email your tales (700 words max), with a picture of yourself, to travel@tntdownunder.com

Ashes 2013: Worst DRS howler of the series so far sends Usman Khawaja to the sheds and social media into overdrive