Can Daniel Ricciardo make the next step in F1?

Daniel Ricciardo shocked us all when, as the next big Australian hope in Formula 1, he jumped ship from Red Bull to join a far less competitive team in Renault. It was a move that perplexed Australian F1 fans especially given Renault boss Cyril Abiteboul’s assertion that Ricciardo has no chance of winning the Drivers’ Championship during his two-year contract. 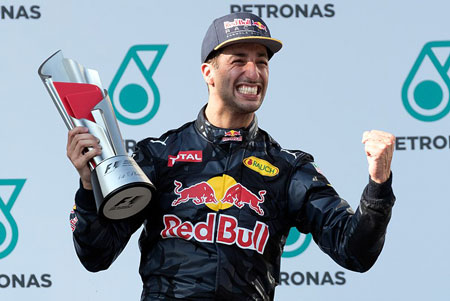 Of course, we were never under any illusions that Renault would be the springboard that brings Daniel to F1 glory. After all, they’re 5000/1 rank outsiders for the Constructors’ Championship. Nevertheless, it was a strangely frank yet somewhat disheartening comment from Daniel’s new team boss. A comment that begs the question, why on earth did he make the move?

If we take a closer look, however, we see that although Ricciardo is under contract for only two seasons, the French racing team have a long-term strategy in mind. Their plan is to perfect their engine over the next two seasons, allowing their main driver to challenge for the Championship in 2021.

So can Daniel do it? Or perhaps more importantly, will he be around to get the opportunity?

A gamble on both sides

If we take a look at his career, it’s clear to see that while Renault did gamble somewhat on Ricciardo as their new driver, the Australian’s was the bigger gamble. Last year Renault finished the Constructors’ Championship on 82 points while Red Bull finished on 223 thanks in no small part to the excellent driving of Ricciardo.

His two Grand Prix wins in 2018 and his overall finish of 6th wasn’t quite the stunning improvement the team had hoped for. Having said that, it still represented quite an achievement considering the caliber of his opposition.

It was still a shock when he opted for Renault. And true to the word of Abiteboul, the team haven’t challenged at all so far this season with no wins and no podium finishes. But as the team boss suggested, Ricciardo was aware that this season was planned as a work in progress. 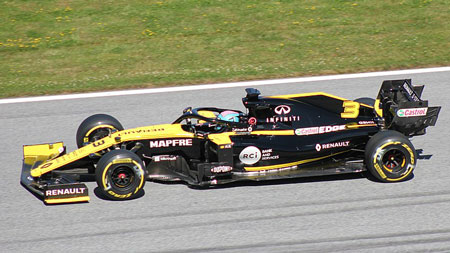 Since he was handed his dream drive at Red Bull, Daniel’s career has been consistent if not stellar. Now let’s just put this into perspective. We’re talking about an elite sport where the tiniest of margins can curtail a driver’s career. His 7 Grand Prix career wins and 29 podium finishes are not to be sneezed at, adding to that his third-place finish in the Drivers’ Championship on two occasions.

However, the truth is that Ricciardo will himself feel that he should have perhaps kicked on to higher heights by now. There may have been a feeling that he was stagnating at Red Bull and that in the long-term, Renault may offer him his best shot at a championship.

And there are many within the F1 community that feel he may have made the right decision for his career. Despite piloting cars with a seemingly endless series of technical difficulties, both he and teammate Nicolas Hülkenberg have fared admirably. Both have finished more often than not so far this season, which for a team in transition is quite the feat. In fact, in finishing 6th and 7th in the Canadian Grand Prix, both drivers gave Renault F1 fans a taste of what may come next year.

Should Renault improve on the current technical issues with the car and make further improvements in terms of speed and handling, it’s entirely possible that Ricciardo and his new teammate-in-waiting Esteban Ocon will find themselves in competitive cars for 2020. And if that happens, we fully expect to see Ricciardo on the podium more often.

Creating a legacy with Renault

Abiteboul’s comments on the future hint at a long-term vision that both he and Ricciardio share. They both seem determined to create a new legacy, both personal and for the team. With this in mind, and the fact that Ricciardo is said to be heavily involved in the development side of things, it’s reasonable to expect a renewal of the Australian’s contract in 2021.

This could be Ricciardo’s last chance at the big one. His final opportunity to compete for the Drivers’ Championship and have a realistic chance of winning it. Given that Lewis Hamilton is getting no younger as retirement looms, Ricciardo and Renault could be perfectly positioned to take over the mantle in 2021. Although Hamilton could, in theory, be competing for a record-breaking eighth world title at that point, Ricciardo and Renault should be just about hitting their stride.

It’s been too long since an Australian won the title and to be honest, many thought it would never happen again. But in Daniel Ricciardo, we finally have a genuine contender. Let’s just hope his big gamble with Renault pays off.