The Notting Hill Carnival is about to unleash a wealth of West Indian music, food and culture across the bank holiday weekend, but it’s not the only place to get a taste of the Caribbean in London.

The east gets its dose of the Carib spirit with Reggae Roast and Wray And Nephew’s Carnival Warm-Up Party on the opposite side of town at the London Fields Brewery in Hackney.

“It’s going to be a special day bringing the atmosphere of carnival and Jamaica to east London through a combination of music, art, food and of course authentic Jamaican cocktails,” says UK sound system and label Reggae Roast’s Moodie Ranking. 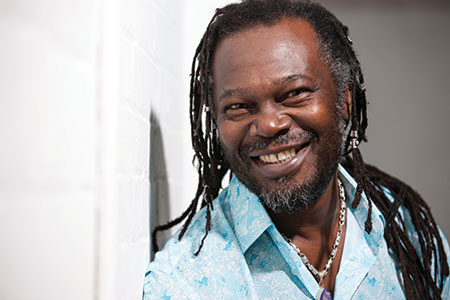 Reggae Roast will lead a musical journey through Jamaica’s fave stylings, from rocksteady to roots and dancehall throughout the day, with cocktails, a Jamaican-style barbecue and coconut stalls adding to the tropical vibe. World famous street artist Jack Murray will also be on hand to bring a little bit of Kingston to town with a very special live project.

“He’ll be creating a scene from downtown Kingston as a huge mural throughout the day, incorporating aspects of Jamaican culture such as sound systems, street food stalls and music. People will be able to watch the scene develop in front of their eyes as the day progresses,” Ranking explains.

The daytime events are just half of what the Reggae Roast crew have planned: “From 9pm the night session will kick off and things will really start to ramp up. We’ll be cranking up the decibels on the huge Noise Control Audio Sound System.” 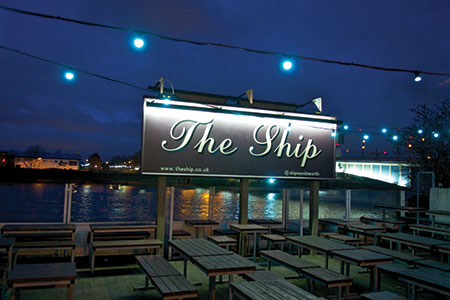 All aboard: The Ship hosts a Caribbean-themed all-dayer

Headlining will be Shy FX, the world-renowned drum ‘n’ bass producer who is just about to release his first full-length reggae album.

“It’s a tribute to the rise in popularity of reggae and Jamaican culture recently,” Ranking adds of Shy FX’s performance. “This will be his first reggae set so it’s really special and not to be missed.”

The Caribbean vibes are not just curtailed to the bank holiday weekend, however, with famed Wandsworth pub The Ship planning to host a Caribbean-themed day next month.

“People can expect a classic, chilled out Ship Sunday with a Caribbean twist,” says The Ship’s Jo Ellery of their plans for the day, which will see their new-look outdoor terrace taken over by an island theme and plenty of spicy jerk chicken. 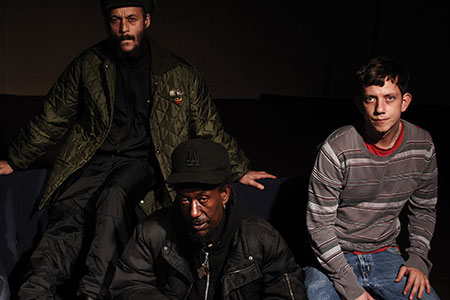 Along with the tastes of the Caribbean will be special guest Levi Roots, who’s known for overloading the senses with his food and beats.

“Mr Reggae Reggae Sauce himself will be playing live acoustic music from his new album,” Ellery says. “His music, much like his cooking, is all about fun, relaxation and heart. He’ll be here all day so swing by and say hello – he might even give a cooking demo!”

More tastes of the Caribbean ›› 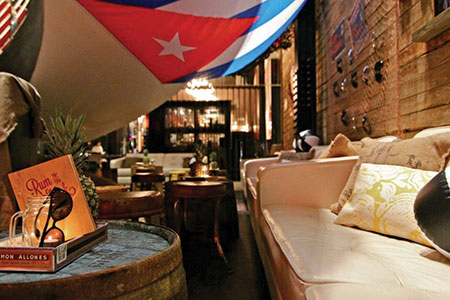 This Caribbean-themed pop-up arrived earlier this summer to bring a little rum-infused spice to rooftop bar Skylounge at Doubletree by Hilton in central London. There’s Windies food and drinks, reggae beats and stunning views of the Thames and the city to admire. We recommend the rum shack sangria.

These two branches of well-loved Cottons restaurant offer up the finest islands-inspired food. Cottons Camden has seen the likes of Samuel L. Jackson, Halle Berry and Chris Martin stop by to sample its menu, which is renowned for fusing traditional Caribbean dishes with nouveau cuisine. Cottons Islington boasts a ‘Jerk Night’ every Tuesday, and Cottons Rhum Shack in Shoreditch is all about the rum cocktails and tall drinks. 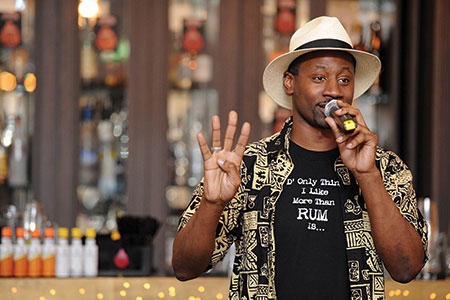 UK Rumfest is “the ultimate rum experience”, bringing “the music, food and partying associated with rum drinking”, led by UK Rum Ambassador Ian Burrell (above). There will be over 400 rums to sample – we’d recommend not trying them all in one day – with cocktails and live mixing demonstrations, too. A tropical food market will bring you sustenance and there’s salsa, soca, reggae, zouk and samba dancing throughout the afternoon as well.

Artesian’s ‘rum ambassador’ has sourced more than 50 different rums, including many rare Caribbean types. There is a reason this bar is one of London’s finest!

Floridita’s rum shack (above) goes to town with the Caribbean’s favourite spirit. There are 15 signature rum cocktails – so something for everyone, whether you’re after a simple classic or something a little more adventurous. Also a top drawer line up of live music and DJs.

Kodjovi Kush and The Afrospot All-Stars host this monthly night that brings you all the best afro, reggae and dub. 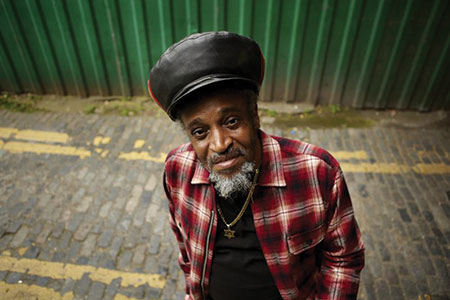 Little Roy started playing roots and reggae back in the Sixties, and has amassed a career that includes bona fide genre classics such as Prophesy, Christopher Columbus and Tribal War.

He is also, perhaps a little surprisingly, known for performing covers in what can only be described as the ‘reggae style’, as seen on his Battle For Seattle album in 2011, in which he took a decidedly reggae approach to Nirvana’s grunge output. You can definitely expect a little of both tonight at this west London show.

Rompa’s Reggae Shack bring this post-Carnival after party to central London for a night of reggae, roots, digi, dancehall and jungle. To make sure you’re properly in the mood, you’ll have to sample some of Rompa’s Reggae Rum Punch, too. Party time.

This famous traditional steel music band are set to play three two-day residencies at this west London hotel. As well as sets from the band themselves, there will also be a three-course Caribbean-influenced buffet, limbo dancing and DJs, too. 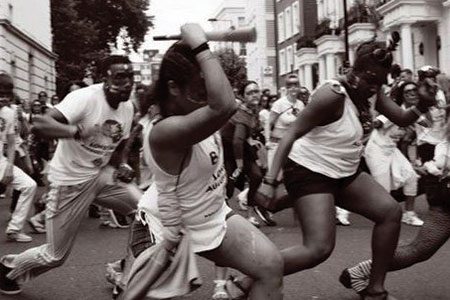 This fourth annual music festival looks to highlight Afro-Latin and Caribbean cultures, and brings a wealth of music and performance from around the world via workshops so you can get a real taste for the flavour of dance and music, particularly from the West Indies. There are performances and parties in the evenings after you’ve tried it out for yourself and, hopefully, picked up some new skills. Remember to seek out their Afro-Latin sound system at Carnival. 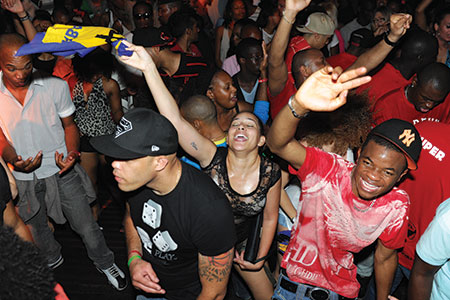 DJs and events label Sun Bailante is behind this Notting Hill Carnival after party, with a live PA by the Barbados megastar Lil Rick. They’ll be joined by the “best Caribbean DJs in the world”, including DJ Duchess Alicia, Djahman, Shakit, Mr General, Djorn and James, and more, to make sure the Carnival party keeps going all the way through to sun up the next day.

Every last Saturday of the month, this food and fashion market pops up in east London, and is famed for its Caribbean grub courtesy of Mama’s Jerk Station.

Reggae and punk classics, which fused a life together on the Seventies music scene in London, combine at this weekly club night. 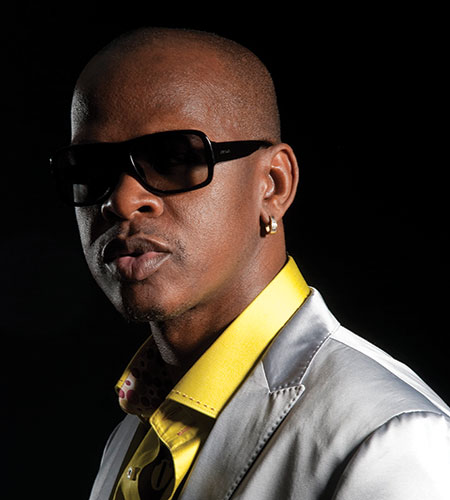 Ellis was named Best British Male Newcomer at the Brit Reggae Awards earlier this year and makes his first hometown appearance since then at the Jazz Cafe. A star in the making.

Mr Vegas has created a back catalogue of reggae and dancehall classics over the course of his decade-long career – as well as a name for himself as a diehard social media aficionado – which he’ll be taking to this north London venue.

Possibly the best named bar in London (it has to be said with the accent!) brings reggae tunes and drinks to the east. The best sunny tracks blast out all day and night and you can feast on West Indian grub including dumplings and saltfish. Plus, be sure to get stuck into top rum-based cocktails.

This award-winning 100-seat restaurant – it was voted the UK’s best Caribbean restaurant two years in a row – is famed for ‘Caribbean chic cuisine’. It serves up the finest cocktails – the Hurricane Bar is open for those who want to drink without dining – as well as a culinary journey through the various countries, making it a must stop in London for a genuine Caribbean experience.