The Warriors’ tries came in the 21st minute through centre Iain Thonley in the corner and in the last minute of the game through maybe departing Sam Tompkins. 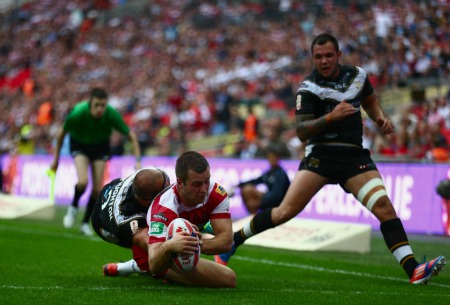 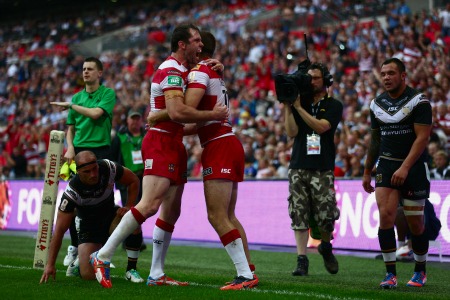 The loss for Hull continued their misfortune at Wembley having lost this fixture twice before today’s rain-soaked 80 minutes.

Wigan hooker Matt Smith won the Lance Todd Trophy for man of the match but the greatest prize of the day was lifting the Challenge Cup aloft on the stairs of this great stadium. 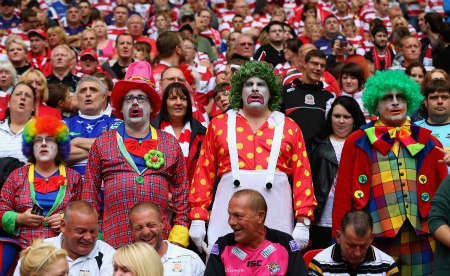 With the first raining final in 18 years at Wembley, Wigan handled the ball better and it was clearly the difference as Hull’s attacking raids were regularly twarted by their own butterfingers.

Crucially, playmakers Daniel Holdsworth and Jacob Miller were among the worst offenders.

It didn’t start perfectly for Wigan, as Richards sent the kick-off out on the full. 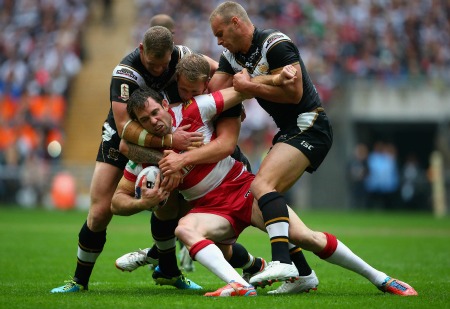 The two biggest plays of the game came in one move as Hull’s Jamie Shaul skipped through Wigan’s defence from his own line, only to be run down by flying Wigan winger Josh Charnley, who not just caught Shaul but had the control the bash the ball from his grasp well before the corner.

Richards’ conversion of the final try gave him 100 points for the Challenge Cup this year, a notable achievement as he heads back to Australia at the end of the Super League season.

Tompkins has been linked to rugby union and the NRL, but refused to talk about it at the end of the game, focussed on celebrating yet another piece of Warriors silverware.