The incident, which occurred last week on the banks of a river in Rio Tarcoles, Puerto Rico, was filmed and uploaded to YouTube by David Clow. It shows his friend, Antonio Ruiz, taking close-up photos of a group of crocodiles.

The brave snapper, who has moved a little too close for comfort according to his friends, takes his eye off the croc for a couple of moments. One hungry beast decides to try its luck and attempts to grab Ruiz in its powerful jaws. 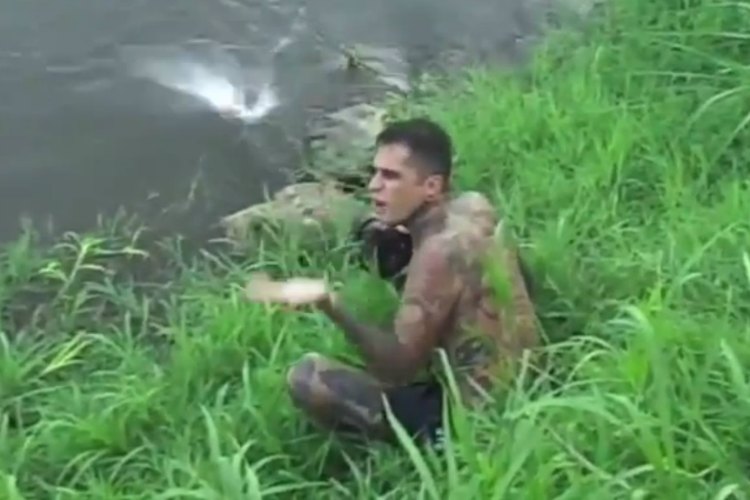 Luckily the photographer turns around in the nick of time, spots the croc and dashes away back to safety.

Watch the close encounter in the video below.