Staff called the emergency services on his behalf, but later took to Twitter to voice their distaste over the incident.

One tweet read: ‘Some kid got stabbed over the road and decided to run into ours. Great look for our first week’, and another used the hashtag #WelcomeToHackney. One of the tweets clearly showed blood on the floor of the pub. Both have since been deleted from their Twitter feed after locals criticised the pub for its lack of compassion.

The pub took to its Facebook page to try to make amends yesterday, but not before issuing two bizarre updates not referencing the incident the night before, which have also been deleted.

Part of their apology reads: “We are extremely sorry for any comments that caused offence. It was a very frightening experience for all involved and bad judgement was used in the comment(s).”

Reviews on their Facebook page have been unfavourable as locals make their feelings known.

“We are a community that cares about the well-being of everyone in it, particularly those that are unlucky enough to be stabbed. NOT WELCOME IN HACKNEY, keep your veiled apologies to yourselves and have some fucking compassion,” reads one. “Disgusting response to a helpless human being,” says another. 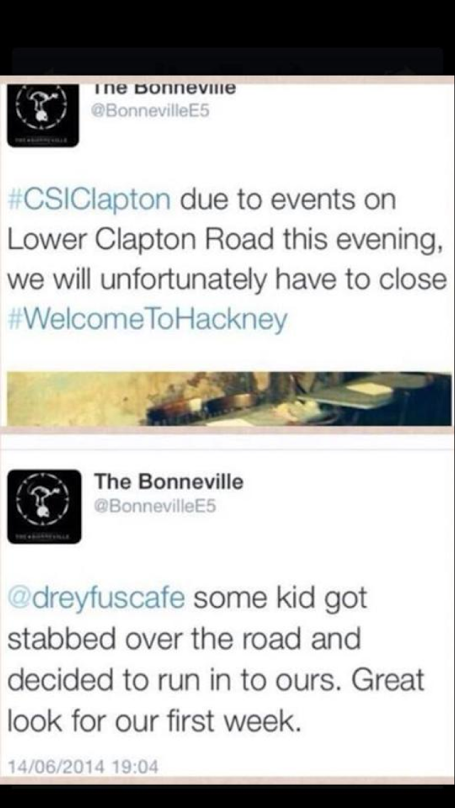 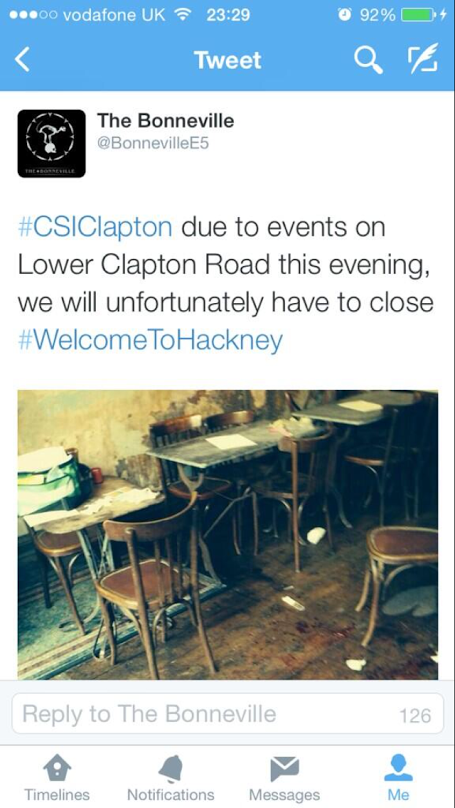 Calendar of the best Spanish fiestas