Claustrophilia: Where visitors to Budapest pay to be locked in a room

Nobody would be surprised to hear of the adrenalin rush that gave you, but do you think it would stem from sheer terror or giddy, joyous excitement?

This summer in Budapest, visitors to one of the city’s most successful Escape Rooms, Claustrophilia, are adamant it’s excitement.

Escape Rooms are the new hit tourist attraction of Budapest, and although they’ve been around since 2011, they’ve really begun to make an impact this year. Essentially a live action version of the popular exit room gaming genre, the premise of an Escape Room is quite simple; you and up to four friends are locked in a themed room and given just 60 minutes to ‘escape’ by solving puzzles, finding hidden clues and, if you’re not doing too well, paying attention to the hints from Mr Scary Voiceover Guy. Think of it like the movie ‘Saw’, just with much less death and dismemberment.

Opening in the summer of 2013, Claustrophilia was until very recently listed as the number one Budapest attraction on Trip Advisor, which is quite an achievement for such a new business. So why is it so popular?

Owner Viktor Oszvald, a former juggler and street performer said he thinks “people need something out of this world, thinking out of the box, doing real things with real people.” He said he started Claustrophilia because he wanted to “create something where people can spend quality time together, playing, brain storming, having fun together without smartphones and all the modern stuff, to go old school. In the beginning I launched the game with my friends, it was not a real business, it wasn’t just about money making. The games have soul. I tried my best to create something unique.” 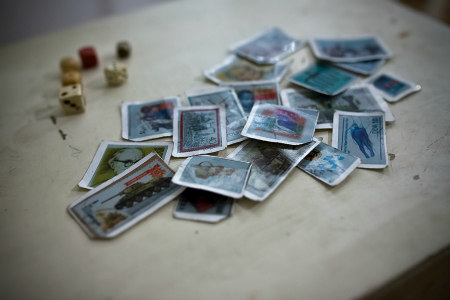 Although they’ve been in Asia since 2007, Budapest is the first European city where Escape Rooms have found success. And that’s perhaps fitting when you consider that 40 years ago Hungary gave the world arguably the most famous puzzle ever; The Rubik’s Cube.

Budapest is also a city full of abandoned buildings, a fact business savvy young Hungarians like Viktor have taken advantage of. In a city with some of the lowest rents in the world, setting up an Escape Room is relatively cheap. And for the visitor to Budapest, whole areas of Budapest, full of derelict buildings, Ruin Pubs and clandestine party addresses, make it feel like you’re on an Escape Room set even before play begins.

The Escape Rooms all have different themes but most follow the horror/mystery genre. Claustrophilia has two rooms, Wicklewood Heritage and Voodoo Tales, with Wicklewood being the more challenging of the two. Viktor says almost half make it out of Voodoo tales but only 30 percent of teams complete Wicklewood in the allotted hour. Since it began, less than 30 teams have done so without any help from himself or his team.

You might think Escape Rooms only appeal to a certain type of person, young video gamers or corporate teams looking for the newest way to bond, but Viktor says the fact that his players cover such a diverse range of people is something he really enjoys. There’s “families, couples, friends, young guys and girls and a few weeks ago we had two friends from north Europe who are over 70”. But don’t assume it’s the smartest person in the room who will do the best.

“To solve the puzzles they need teamwork, maybe this is most important, and creativity of course”. And remember, don’t overthink it. As Viktor cheekily adds, “My favourite was a team who didn’t enter the game area but started to unlock a chained garbage bin in front of the place. I absolutely loved that!”

There are now more Escape Room in Budapest than you’d ever get through in one visit, and the craze is catching on. Escape Rooms have opened this year in other European cities such as Prague and Berlin and Viktor himself is looking for partners in America. You’ll even find an Escape Room as far afield as Melbourne.

So what are you waiting for? Forget about that Segway tour. Who needs yet another church visit? Go get yourself locked in a room. But remember that hint from Viktor, because sometimes a garbage bin is just a garbage bin.

Find out more about Claustrophilia here.